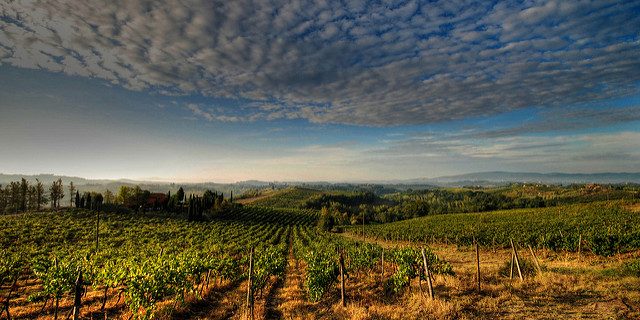 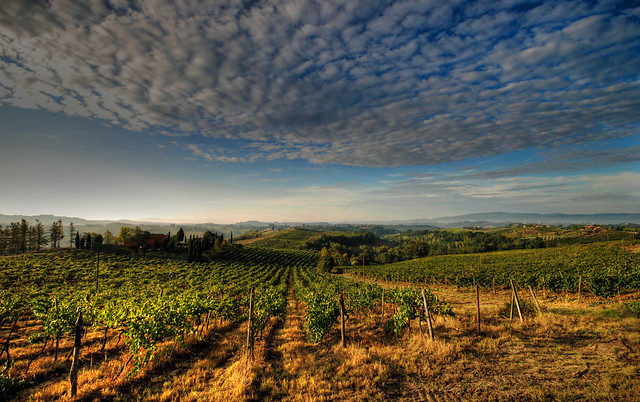 Tuscan wine has gained in market value in 2015 due to the increased popularity of Super Tuscans. Photo Credit: Flickr CC user Francesco Sgroi

Now that 2015 has come to a close, the London International Vintner’s Exchange (Liv-ex) has released its annual report detailing the best-performing wines and wine regions in the world. This year’s report suggests that Bordeaux has lost some of its hold on the market over the past year, but that other regions like California, Italy, and Burgundy have made great strides on the market. To take advantage of this research, collectors need to know which labels and vintages had the most success in 2015, and what made these bottles so successful. Using this insight as a springboard, collectors can apply some of 2015’s market insights to their 2016 wine investments.

Although Liv-ex found that fine California wine is the most expensive that it has ever been, this has not stopped the state from experiencing a boom in wine sales last year. The average price for US wine sits at $5.42 per liter, nearly identical to French wine which costs $5.46 per liter. As a result of increased interest in California wine among collectors seeking out the finest of the state’s producers, wine from California has been on a steady incline in price. The Liv-ex data proves that this has not hindered wine sales in the state, since wine collectors’ love of California wine is driving prices up worldwide. New World producers, especially those in California, have gained in value by 34 percent in the past five years. This puts California at the top of the wine pack alongside Burgundy, establishing both regions as the current wine superpowers.

To understand how to use Liv-ex’s findings to grow your own collection, you need to know how the company calculates wine value. Value, in the Liv-ex sense, is not synonymous with quality, and does not reflect the excellence of the wine itself. Nor does Liv-ex value refer to absolute cost. Rather, an increase in value merely indicates an increase in sales price for a given wine. For example, a First Growth Bordeaux producer could release a $2,000 wine, while a Napa Valley winemaker produces a wine that costs only $500. If the Napa Valley wine significantly increases in price in 2015, it will rank higher on the Liv-ex list in terms of value than the Bordeaux wine, even if the Bordeaux costs more.

With this in mind, California is in its 21st consecutive year of market value gains, a sign that the value of wines from the state is not likely to wane anytime soon. When Liv-ex listed the top five wines from New World producers, two labels were from California, compared to one each from Spain, Portugal, and Australia. The two California wines listed among the top value gains were Dominus and Mondavi. Robert Mondavi’s Opus One label had one of the largest market gains for 2015, seeing a 35.9 percent increase in value. Liv-ex explains that the 2006 Opus One vintage had the greatest gains, going from $2,320 on average to $3,153. This put Opus One in the top three wines in the world in terms of market growth, likely because this wine is rare and high-quality. Similarly, Dominus wine ranked in Liv-ex’s top ten wines internationally. Since Robert Parker recently gave the 2012 Dominus a near-perfect score, its placement in the top wine ranks shouldn’t come as a surprise.

Looking into 2016, collectors can expect to see an even greater increase in value for California wines, based both on Liv-ex’s findings and on the new Trans-Pacific Partnership proposal. This proposal would end 18,000 tariffs that have stopped many winemakers from selling bottles in Japan. Japan is the third-largest export market for US wines, and the Trans-Pacific Partnership will make it even easier for serious Japanese collectors to invest in California bottles, leading to higher prices on–and demand for–future vintages.

Italy has seen a smaller increase in market value in the past year than California and Burgundy, but the country has still experienced a 15.08 percent increase in overall wine value over the past five years. According to Liv-ex’s data, Italy has witnessed a slightly sharper increase in value in the past decade even than Champagne, which went up by about 13 percent but has now plateaued. In 2015, Italy pulled slightly ahead of Champagne due to the increasing popularity of its Super Tuscans. Five of the top ten Italian wines listed by Liv-ex are Super Tuscans, including Antinori’s Tignanello. Internationally, this label was among the top ten wines in the world, gaining by 33.2 percent in 2015. Bottles of this Super Tuscan increased in value from $830 to $1,107 for the 2004 vintage.

While Super Tuscans help explain Italy’s rise in value, they aren’t the only factor. Other Italian producers like Luciano Sandrone gained as a result of using traditional Italian varietals like Nebbiolo, which originated in the country. Classic Barolo wine, such as Luciano Sandrone Barolo le Vigne, increased in value even more so than Tignanello in 2015. This label’s 2007 vintage started at $701 in the beginning of 2015, and by the end of the year, it was priced at $940, a 34.1 percent increase. Similarly, Gaja’s traditional Barbaresco and Langhe labels were among the top wines from Italy last year, proving that modern collectors still have a taste for Italian classics. Super Tuscans will be sound wine investments in 2016, but Liv-ex’s findings suggest that collectors should also consider producers like Gaja, with their quintessentially Italian wines, as valuable additions to their cellars. These types of wines are made nowhere else but Italy, making them unique and collectible.

The second-largest market gains of 2015 were in Burgundy, at 32.11 percent in the past five years. Producer DRC was the clear leader in this region overall, having six individual labels listed among the top 2015 Burgundy wines. According to Liv-ex, the DRC wines that gained the most in 2015 were Echezeaux, Grands Echezeaux, Richebourg, Romanée-Conti, Romanée-Saint-Vivant, and La Tâche. Since DRC produces some of the finest wines in the world, and consistently receives high scores from critics, this classic Burgundy is usually among the safest wine investments.

However, DRC was not actually the most lucrative investment in Burgundy last year. Only Burgundy’s Mommessin and Leflaive made it into the top 10 wines in the world in terms of market gains; DRC was not listed among the top 10 estates. Mommessin’s Clos Tart was among the top five wines of the year on the market, with its 2010 vintage seeing a 34.4 percent gain (from $2,368 to $3,183). Domaine Leflaive’s Batard-Montrachet was also in the top ten list for its 2002 vintage. The 2002 Batard-Montrachet increased from $3,171 to $4,144, a 30.7 percent increase in the past year. It might seem like a smart investment to seek out the specific vintages that gained the most in 2015, such as those from Leflaive and Mommessin, but since these wines have already increased in value, collectors will pay more initially for these bottles. Instead, collectors should consider the 2010 Leflaive, as it is similar in quality and may well increase in value in 2016.

In fine wine regions like Burgundy and Bordeaux, it is also important to keep a close watch on critic reviews for specific vintages, especially when critics revise their reviews as a wine ages. Robert Parker recently did a 10-year, retrospective review of 2005 vintages from Bordeaux, giving three vintages higher scores than their initial rating (in two cases changing his initial ratings to perfect scores). These wines saw a spike in value in 2015, and it is likely that Parker’s review contributed to the wines’ increase in value. Because of this phenomenon, collectors should consider investing in wines that retroactively receive higher scores from critics, as well as wines whose values drastically increase as they age. And, since vintage quality is the primary driving force behind bottle value and aging potential for Burgundies, collectors should always have vintage in mind when they look for the bottles that will be profitable for 2016 and beyond.