China’s Attempts to Avoid a Second Bordeaux Bubble: This Time, the Country Is Primed for Meaningful Change 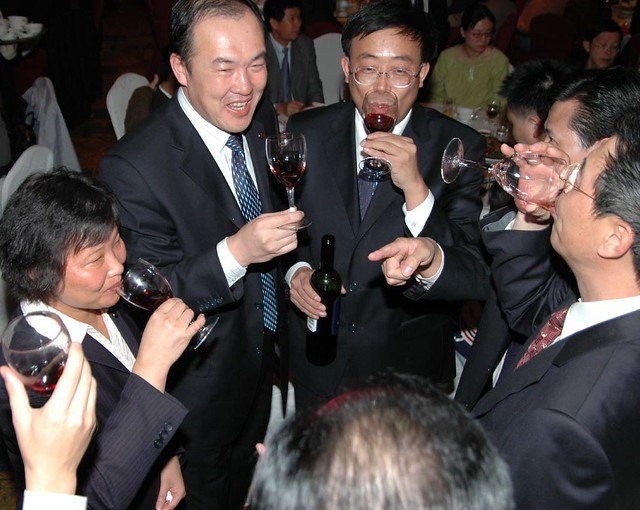 China’s robust drinking culture and interest in premium Bordeaux wine has made the country the number one buyer of fine French wine in the world. Photo Credit: Flickr CC user Dominic Rivard

Bordeaux has enjoyed a long, prosperous history as France’s great wine region, but after 2011, wine collectors around the world were cautious of investing in the region’s bottles. The reason? In the early 2000s, Chinese wine enthusiasts became obsessed with all things Bordeaux, going from investing in an average of 12,000 hectoliters of wine in 2005 to 538,000 hectoliters in 2012. By 2011, the Chinese wine market had caused 2010 vintages from premium Bordeaux estates to become the most expensive debut bottles ever released, resulting in a significant pricing bubble. Liv-ex co-founder Justin Gibbs told FT Wine, “A lot of traditional buyers in the US and UK turned away — they were not going to pay that much anymore.”

By 2013, everyone’s fears had become a reality: Bordeaux sales in China began to lose favor, causing a 21 percent drop in market value for the region’s wines. In 2015, Bordeaux in China became popular once again, threatening another Bordeaux bubble. But China has since learned how to maintain a healthier relationship with Bordeaux; time will tell if this will let Bordeaux reclaim its place as a top wine region for investors, or if it will endure yet another market drop.

The first sign that China is ready for a new approach to its Bordeaux fascination is the introduction of Geographical Indication status in the country. In the summer of 2015, the Chinese General Administration of Quality Supervision, Inspection, and Quarantine officially recognized the protection of 45 Bordeaux appellations. This means that these 45 appellations are now under strict import guidelines designed to protect French estates from market exploitation. Officials hope that this prevents rampant wine fraud in China, as every wine case will be inspected for authenticity and safety before being allowed into the country. The number of cases sold to individual buyers will also be monitored, preventing single buyers from purchasing exorbitant numbers of cases, then reselling them for far more on the market later.

This decision is poised to help French estates negotiate with serious Chinese buyers, which means that more Bordeaux bottles will become available to collectors outside of China at fair prices. In the past, it was difficult for buyers both inside and outside of China to purchase bottles from private Chinese collectors, as these collectors would often buy as many cases of wine as possible to drive up the rarity and market price of the wine. Fraudulent wines were also created to quench Chinese collectors’ thirst for rare Bordeaux. For example, bottles of 1982 Lafite were by far the most popular wine in China, and studies have found that more cases of this vintage have been sold in China than were actually produced by Lafite. An estimated half of all Lafite sales in China are suspected to be fraudulent. Now that this new import law has gone into effect, collectors can be more sure of the value of Lafite bottles purchased from private collectors, since it will be more difficult to successfully fake the bottles in China.

Buying Up Pieces of Bordeaux

Not only is the Chinese government interested in tighter import regulations, Chinese enthusiasts are taking an interest in growing their own grapes. The market is slowly changing from voracious wine buyers who only want the trendiest Bordeaux bottles to wine enthusiasts who truly care about wine quality and French tradition. We’ve seen this happen already in Burgundy, after Chinese wine connoisseur Louis Ng bought Chateau Gevrey-Chambertin. At first, critics worried that he would ignore French traditions and ruin the region. Instead, Ng hired Eric Rousseau and Christian Laporte to watch over the restoration project, ensuring that they kept French traditions intact. Ng said, “It is our goal to bring this enchanted property to its full former glory. In time, I hope my new Burgundian neighbors will also come to appreciate my sincere passion for great wine.”

Ng is not alone; 100 chateaus in Bordeaux are now owned by Chinese enthusiasts, who have spent nearly $11 million on quality Bordeaux land. About 80 percent of the wine produced on these estates is exported to the Chinese market. Yet experts who are worried about China taking over French land shouldn’t concern themselves, since Chinese investors only own about 1.3 percent of Bordeaux wine land. The French government remains selective about which estates it is willing to sell to foreign investors.

Still, collectors will begin to see more mid-range estates run by Chinese owners, which will change the way the country interacts with Bordeaux. As more Chinese investors buy into land, they will have a greater personal stake in ensuring that quality remains high in the region. These Chinese investors do not want to see Bordeaux fall out of favor with the market, and as such, will likely do all they can to maintain the land. Often, foreign investors hire excellent winemakers who are well-versed in French techniques when they restore Village-style estates. These lower-quality estates will likely improve under new ownership, increasing Bordeaux’s worth and crafting wines worth collecting in their own right.

Cracking Down on Corruption

China likely won’t be responsible for a second Bordeaux bubble because the country’s leaders have already learned from the mistakes of the first bubble. Chinese official Xi Jinping has created a set of harsh penalties for fraudulent wine sellers and government officials who have used their political standing to attain premium Bordeaux. Jinping stopped illegal wine imports from Hong Kong and prevented large corporations from giving out premium wine bottles in exchange for political favors. This used to be a major problem in China, as corruption ran amok without market regulations. A banker in Hong Kong once travelled to the top wine estates in France, including Latour, spending the equivalent of $34 million on wine. Jinping’s new laws want to prevent bankers from taking advantage of Chinese wine enthusiasts.

With these new regulations against imports and political favors, the Chinese government hopes that wine sales in the country will reflect the true value of the bottles, rather than high mark-ups. Chinese officials are already handling French wine with more care than they have in the past, and have been since 2012. Now that the transition period is ending with these new laws, the fine-tuned regulations have allowed wine sales in China to creep back up in the past year. Liv-ex says 2015 marked the first time that Bordeaux saw a slight growth in overall market value since the Chinese decline of 2011. China is still the number one buyer of Bordeaux in the world, so the region’s economy depends on the country for sales. As long as Chinese officials continue to crack down on fraud and market tampering, Bordeaux will continue to grow in value, and it will be safer than ever for collectors to invest in these wines without fear of a second economic crash.