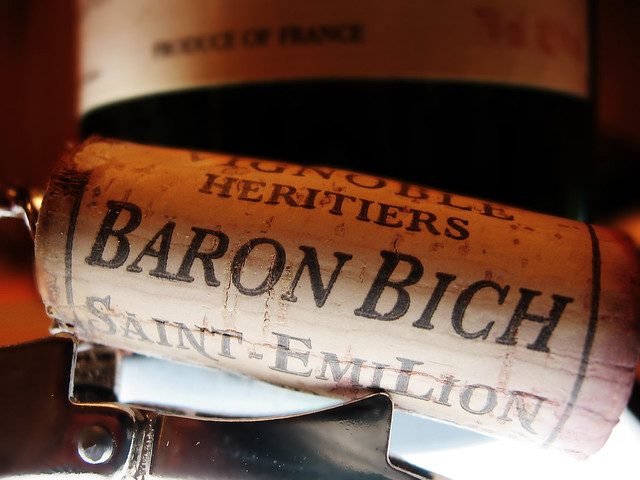 In 1988, billionaire Bill Koch bought the wine of a lifetime: four pristine 1784 Lafite bottles owned by Thomas Jefferson himself. Koch paid wine collector Hardy Rodenstock nearly $500,000 for the privilege of owning a piece of wine history. In 2005, Koch submitted his bottles to the Boston Museum of Fine Arts, but soon discovered he had been the victim of one of the biggest wine frauds in history. Jefferson, who kept detailed records of every bottle of wine he owned, had no record of these bottles; later, experts found that the engravings of Jefferson’s initials were in fact made with a modern power tool.

High-profile wine counterfeits like this rarely happen since they are difficult for fraudulent sellers to pull off without suspicion. Instead, frauds focus faking off-vintage wines, stealing millions of dollars every year from collectors, and often going undetected.

Fraudulent sellers prefer to fake older off-vintages from popular estates such as Lafite because poor record-keeping makes it easy to sell dozens of fake bottles at a time. Prior to the 1950s, many estates wrote the number of cases produced for a given year in notebooks, making it difficult for collectors to track down exact figures. For example, one of Chateau Lafleur’s former owners claimed that only five magnums of wine were produced on the estate in 1947, but in the past few years, 18 magnums of 1947 Chateau Lafleur have been sold at auctions. No one is certain whether this is an example of poor record-keeping on the estate’s part, or if the majority of the magnums sold were counterfeit. This ambiguity allows wine frauds to sell dozens of fake bottles of mid-century wines.

Off-vintages are especially prone to fraud because these bottles are rare and relatively unknown. In years when poor weather plagued a terroir, wines bought from popular estates were often consumed within a few years of the bottle date, since experts believed the wines would not be worth cellaring. As a result, off-vintages are often more rare than those from lauded years, where the weather was ideal. Frauds use this rarity as leverage, becoming the only distributors for rare bottles of wine in that vintage.

Collectors who avoid buying off-vintage bottles still risk ending up with counterfeit wine. Infamous wine collector Rudy Kurniawan was accused of printing high-end wine labels with the express purpose of placing them onto bottles of less expensive wine. Off-vintages, such as 1962 Lafite, have often been relabeled by frauds as 1959 vintages. While both vintages come from the same estate, the 1959 vintage is far more sought-after than the 1962 due to the ideal weather in the region that year.

The wine label market is increasing in worth, as black markets in China and other areas of the world sell labels online from rare vintages. Sometimes, serious wine collectors buy these labels as collectors’ items, but many frauds use the labels to replace the original ones on cheaper vintages. In this way, a $200 bottle of wine can easily become a $1,000 of wine. Wine frauds rarely get caught switching labels because they choose wines that are close to what collectors would expect from the estate. Most perpetrators of modern wine fraud know better than to put a Bordeaux blend label on a Shiraz bottle. Commonly in wine fraud, buyers describe opening bottles of sought-after vintages, only to discover that the flavors taste slightly off compared to the vintage’s peers. They chalk this up to spoiled flavors in that particular bottle, rarely suspecting that the bottle has been switched for a lesser year.

As Koch’s story proves, selective and serious wine collectors are the victims of wine fraud more often than amateur wine lovers. Koch had all of the wines in his cellar tested after the Jefferson heist, and found that about 5 percent of the other wines in his collection were also counterfeit. Of this 5 percent, nearly all of them were mislabeled bottles of off-vintages purporting to be from a better year. For Koch’s collection alone, he estimates that wine fraud has cost him up to $40 million in damages, including the dwindling market value of his collection, attorney fees for suing fraudulent sellers and the cost of having each of his bottles thoroughly tested by experts.

As fraudulent sellers become more sophisticated, it’s vital for collectors to do their research. Before purchasing a bottle of wine, especially an older one or an off-vintage, find out how many cases were produced on the estate that year, and how many bottles other collectors have in their possession. Check your wine labels, corks, and engravings carefully, and compare them to verified bottles from the same year. Most estates today use multiple bottling techniques to prevent frauds from mimicking their bottles, such as specialized markings or seals.

Wine appraiser Bill Edgerton suggests being suspicious of any bottle of wine older than 1980, as these bottles are the most likely to be mislabeled. He told Forbes that many collectors “put their heads in the sand” when they buy rare wine, choosing not to know whether the wine is fake.1 Vintages such as the 1900 Chateau Margaux have lost market value over the years, since this year is frequently faked. Edgerton says to look more closely at famous vintages (such as 1900, 1945, and 1982), as these are often cheaper vintages that have been mislabeled. Crooked labels are also a tell-tale sign of a counterfeit wine. To prevent wine fraud, always seek out auctions from a reputable seller like Vinfolio.

Buying wine from a reputable seller is the only way to ensure the bottles in your collection are authentic. Vinfolio keeps updated databases on every wine in their warehouse, and have each bottle fully inspected for authenticity before posting it for sale in their online marketplace.