The Best Wines Are Political: What a Country’s Regulation of Its Wine Industry Means for Investors 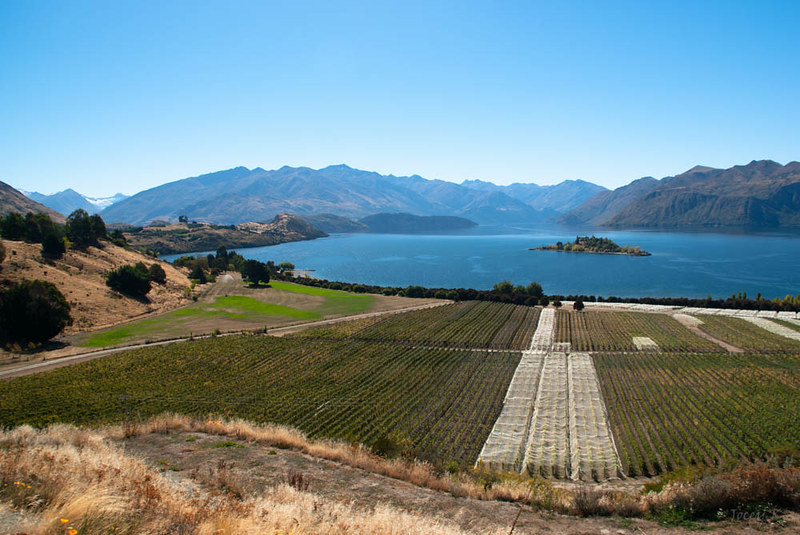 Thanks to government support, New Zealand wines have been able to grow in popularity and worth on the wine market. Photo Credit: Flickr CC user Jocelyn Kinghorn

Thomas Jefferson once wrote, “I think it is a great error to consider a heavy tax on wines as a tax on luxury. On the contrary, it is a tax on the health of our citizens.” At the time this quote was written, Jefferson was in an intense fight against British taxation in the United States. Today, the statement takes on a new meaning for wine collectors: that governments have had, and still continue to have, an immense impact on the wine world. Whether it is through positive legislation, such as the AOC regulations of France, or through steep vice taxes, a government can affect a terroir just as much as the weather and the soil. In many ways, premium winemakers need the support of their governments to craft quality wine, since lack of support can prove fatal for a budding wine region. For this reason, it can pay for collectors to pay attention to the wine politics surrounding the region that grows their wine.

In 1988, New Zealand was about to make wine history; quality producers and fine, sunny terroirs were creating sought-after bottles of Sauvignon Blanc, but an obstacle stood in the winemakers’ way. A construction company and a group of wine experts were fighting over the future of Gimblett Gravels, New Zealand’s finest wine land. The tug-of-war over ownership began when a concrete company bought 150 hectares of land in Hawkes Bay’s Gimblett Gravels. The goal was to tear up the natural terrain in the hunt for gravel, a valuable resource for both wine growers and the concrete company. With a booming tourism campaign beginning in New Zealand, the government wanted more gravel roads built in then-remote areas.

However, New Zealand wine needed the gravel just as much as the country’s tourism industry did. The gravel allowed heavy rain to drain quickly from the vine roots, which is an essential part of producing rich, concentrated grape juice. A coalition of wine growers protested the decision to sell the land off for concrete, wishing to preserve it for grapevines. Many of the wine growers expected the government to side with the concrete company, but to their amazement, New Zealand made the decision to save the land for the country’s wine producers. The government realized that the country’s booming wine industry would be an essential economic resource in the future, and would help protect the natural environment.

Gimblett Gravels lived up to expectations a decade later, becoming New Zealand’s most sought-after terroir. Shiraz from Hawkes Bay, such as Matua Valley Ararimu, consistently receive high scores from wine critics, cementing New Zealand’s status as a modern wine power. From 1995 to 2013, wine production in the country increased from 6,110 hectares to 35,733. Hawkes Bay is responsible for the second-highest amount of wine produced in the country, at 44,502 tons annually. Exports of New Zealand wine have nearly tripled in the past nine years, making up about $961.20 million in revenue. This is a 7 percent increase in value since 2006, proving that the government’s decision to hand the land over to winemakers was a wise one. In fact, New Zealand continues to focus its laws on sustainability of wine land, partnering with producers under the Sustainable Winegrowing department. In 2015, the department’s goal is to develop older vines and combat fruit flies. Collectors can expect to see more wine-supportive policies in New Zealand’s future, cementing the area’s status and making the wines all the more valuable.

Battling Fires in the Sierra Foothills

Another example of government working together with winemakers to produce higher quality wines is in California’s Sierra Foothills, which were devastated this year by a series of wildfires. Multiple California wine producers have applied for the Tree Assistance Program through the USDA, asking the government for help in getting vital wine land back to health. About 10 Lake County vineyards were directly impacted by the fires, many of whom have already applied for government assistance. The USDA considers wine to be an important farm production, since wine is one of the state’s top five agricultural commodities in value. In California, wine is often viewed less as a cultural necessity than an economic necessity. After Prohibition, hundreds of wineries were established by businessmen who had no previous experience in wine, but who wanted to take advantage of the economic boom that followed the legalization of alcohol.

That idea continues to some extent today, since 90 percent of all US wine exports come from California. Since 2005, these exports have increased by 122 percent, and they earn the state about $24.6 billion every year. The US government has historically recognized the market worth of wine in the state ever since the end of Prohibition, when the Napa Valley wine movement began. For example, when, earlier in 2015, red blotch viruses infected a number of vines, the government formed a new organization, TAP, which asked volunteers to hand-prune the vines to protect the health of the crop. The US government gives California wine much of the same respect and many of same protective laws as it gives to farmers growing other food crops. Without help from the government, many of the vines would likely have died this year, resulting in lower quality wines.

Lack of Support for the Wine Industry in Sauternes

We can see the best example of what happens in regions without government support when we look to the current situation in Sauternes. Recently, the government proposed a high-speed rail line that would snake along the Ciron River, potentially breaking up the morning fog that has made the region so popular among wine critics. Sauternes wines are famous for their noble rot, which comes directly from the dense fog that coats the grapes each morning. According to a recent survey, 96 percent of people in Sauternes are strongly opposed to the plan, yet the French government has yet to rescind the proposal. Proponents of the rail line say that, because the vines will be indirectly, rather than directly, impacted by the construction, the government has no obligation to advocate for the region’s winemakers under the National Institute of Agricultural Research.

In addition to this lack of government support over the noble rot issue, Sauternes has already been losing its hold on the market due to the increased interest in dry wines over sweet wines. As Bordeaux gains followers in China and Rhone gains fans from California producers crafting wines with their clones, Sauternes is working hard to maintain its traditions in the face of political hardship. Barsac-Sauternes promotional board president Stephane Wagrez told Le Pan, “The appellation could not exist without it, because an appellation is a terroir, and from the moment we change an aspect of its climate, we lose our soul, we lose our identity.” The future of iconic Sauternes producers such as Chateau d’Yquem is still unknown, and it is unclear whether these wines will increase or decrease in market value until this political dispute is resolved. The situation proves that, even when winemakers do everything they can to retain their traditions, lack of government support can potentially make or break a region. Politics are rarely discussed in wine, but sometimes, they can mean the difference between fine, collectable bottles and wine worth as little as vinegar.

La Place de Bordeaux explained: what it is and how it works
November 26, 2022
Go to Top