Are We Seeing the Breakup of the Iconic French Wine Monopole? Greater Diversity in French Winemaking and What It Means for the Collector 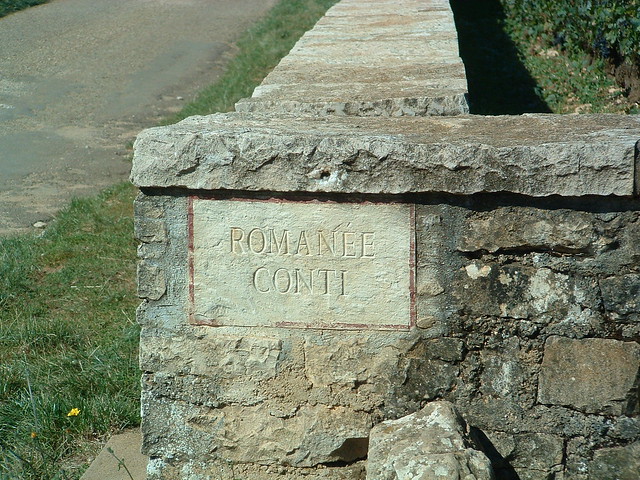 Romanee-Conti is one of the few monopoles left in France now that land has become more expensive and scarce. Photo Credit: Flickr CC user Charley

When today’s sommeliers taste wines, they can often immediately pick out the unique flavors and bouquets associated with bottles from Champagne and Bordeaux. That’s partly because, in the late 1800s, French land became cheap and plentiful, allowing winemakers to purchase entire regions of their own, and to grow the grapes to the same high standards. Now that land in France has become scarce and more expensive, these French monopoles are slowly being replaced by multiple-estate designations. As a result, collectors can expect to see more variety in the flavors of wines grown in France, both for better and for worse.

What the French Blight Teaches Us About Cultivation

Beginning in the 1850s, a Phylloxera outbreak destroyed more than 40 percent of the vines in every French region. Estates that had formerly retained premium reputations were forced to shutter their operations, as the cost of rebuilding the vines was too great. Limestone-rich land in many regions of France became inordinately cheap, even though the soil and climate were ideal for grape growth. Businessmen such as Frederic Mugnier saw an opportunity in the newly-affordable hectares, and he purchased the land that would later become Domaine Jacques-Frederic Mugnier. At this time, many French estates were purchased by individuals who had never worked with wine before, but who hired skilled wine consultants to teach them how to bring the vines back to life.

Consultants used a technique that had never been tried before in the country: they turned to American winegrowers from California, who were using exported French cuttings on their own estates. Mugnier and his peers grafted these healthy French clone cuttings onto their root systems, allowing the vines to slowly come back from devastation. This sparked a new era in French wine, as estates could afford to buy great swaths of land in a single purchase, forming dozens of monopoles within half a decade.

By far some of the most famous monopoles in the world operate under DRC, which is best-known as the sole owner of Romanee-Conti and La Tache. In 1969, DRC purchased these twin regions from Jacques-Marie Duvault-Blochet for far less than what they were truly worth. The region had begun a slow decline in market price over the previous 20 years, since Duvault-Blochet purchased both plots at auction for just 78,000 francs. The purchase proved fruitful for DRC, who immediately began renewing the vineyards.

Even when a second Phylloxera outbreak hit the region in the 1940s, DRC was able to pull through the hardship while many other estates were forced to shut down. Being a wine monopole allowed DRC to protect itself by drastically changing the way that it cultivated its vines in the 1940s, turning to new biodynamic methods that saved the land. If the land had been co-owned, it is very possible that DRC would not have recovered as quickly. Preventing Phylloxera requires a complete overhaul on every vine in a plot; if any vine is infected on a nearby estate, then all vines in the region are at risk. DRC’s monopole gave it full control over every vine in the area.

Despite the benefits it provides, monopoles have become increasingly rare over the past 50 years. French vineyard prices have risen by 3.6 percent in the past year, bringing the average price on an AOC plot to €136,400 per hectare. Most estates cannot afford to buy outright more than a handful of hectares at a time, which is causing the decline in modern monopoles. Wine is as popular as ever in France, with vineyard sales up by 9.7 percent in the past two years, but all of these sales stemmed from multi-estate purchases, not monopoles.

As a result, wine collectors should expect to see greater diversity in wine flavors, even when wines come from the same terroir. We have seen this phenomenon in the past, with DRC’s purchase of Marey-Monge, a multi-estate region. DRC owned 5.28 hectares of land in the area, but could only use a small portion of it because the previous owners had planted poor-quality, high-yield vines. It wasn’t until DRC replanted the vines with low-yield, high-quality clones that the Marey-Monge region increased in market value and reputation. Although the terroir in Marey-Monge has always been the same, a single producer can drastically change how a region is viewed on the wine market.

A Wine Monopole Is Not Necessarily the Pinnacle of Quality

While Marey-Monge is an example of a region that varies greatly in quality based on producer, regions like Romanee St. Vivant are more consistent, proving that monopoles are not necessary for quality. Although the entire region only comprises 23 acres of vineyards, it has the highest density of owners in France relative to its size. Since more than half of the land is owned by DRC, the region has developed an unparalleled reputation as a premium AOC. The region boasts eight other premium producers, including Domaine Dujac, which have added to its high-quality reputation. Rather than taking away from one another’s reputations, the multiple owners boost each other’s market values in their diverse, yet consistently high-end, growing methods.

Modern wine collectors will see more regions in France that mirror St. Vivant in density of owners, meaning collectors will need to consider qualities beyond terroir if they want to find the best new wines. Estates that grow the oldest, lowest-yielding vines are most likely to produce bottles worth collecting, more so than estates that come from previously iconic lands. As monopoles become less common, wine experts should rely on cultivation research, rather than the region listed on the label.