What Can Collectors Learn from the Liv-ex? Interpreting the Liv-ex Classification of 2015 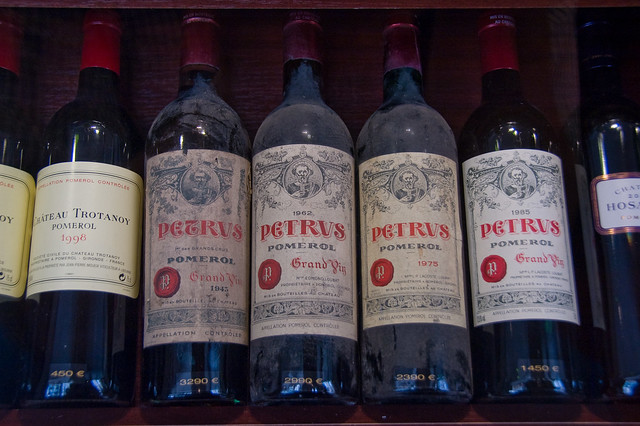 Petrus is one of the estates not classified in 1855. Liv-ex rankings help collectors and investors place the producer in context. Image source: Flickr CC user Pieter Smits

The London International Vintners Exchange (Liv-ex) can teach collectors a great deal about the 1855 Classification, including what these old classifications mean in the modern wine market. As Liv-ex released its latest update in September, we find patterns in the organization’s findings that tell us more about the market value of top Bordeaux blends, and with greater accuracy, than the traditional classification system.

The Liv-ex began in 1999 for the sole purpose of offering Bordeaux collectors up-to-date rankings that reflect the true worth of wines beyond name and reputation alone. The members-only trading platform calculates more than 27,000 price changes on fine wines every day from more than 4,000 wine markets, giving collectors the most accurate comparison possible between vintages. The service focuses on data-driven information, comparing price changes on fine bottles such as those from First Growth producers Château Lafite-Rothschild, Château Latour, and Château Haut-Brion.

As we have seen with the 1855 snub of Mouton-Rothschild for First Growth status, the old classification system is not always a reliable indicator of quality or worth on today’s market. Liv-ex does not consider an estate’s origins or reputation in its statistics; instead, it considers only the market price of a vintage. This type of data provides another way of looking at Bordeaux that can be valuable for both collectors and investors.

The Rise of Lower Growths in Bordeaux

Liv-ex reports are useful for collectors who are already familiar with the First Growth estates, but wish to build on their knowledge with finer details about current market value. The last Liv-ex report was released in 2013, and since that time, we have seen notable changes in the market value of First and Second Growth wines across Bordeaux.

The importance of sought-after vintages becomes more apparent when collectors consider the rise of Haut Bailly on the market. This estate went from a Third Growth vineyard to a Second Growth due to the increased quality of the grapes. As a result of this quality, it had the smallest dip in market price out of any other fine Bordeaux producer the Liv-ex studied, dropping by just 1 percent between 2013 and 2015. Meanwhile, the lesser known Third Growth estates Malescot Saint Exupery, Grand Puy Lacoste, and Domaine de Chevalier have moved up from Fourth Growth into Third Growth classifications, and their market values reflect this change. Looking at these trends, it seems that quality is becoming more important for collectors than reputation.

The Top Producers by Growth Category

To seek out excellent vintages from quality estates is not the only piece of advice collectors can take from the Liv-ex study; the organization also has vital information about the top-earning producers in each category, from First Growth estates to Fifth Growth vineyards. Liv-ex categorizes producers based on current sales prices and market data. First Growths sell for £2,000 or more per case, on average, while Second Growths sell for £550 to £1,999. Third Growths sell between £350 and £549. Closing out the study are Fourth Growths between £250 and £349 and Fifth Growths that sell for £200 to £249.

Out of the 60 wines on the Liv-ex 2015 report, Latour was the highest-selling producer in the First Growth category, while Palmer was the highest-selling for Second Growths. Rauzan Segla took the top place for Third Growths, while Lagune took it for Fourth and Prieure Lichine took it for Fifth. Collectors investing in wines from these estates are most likely to find bottles that are worth more on the market compared to their peers.

The 1855 Classification entirely ignored wines from the Right Bank in Medoc, and as more of these wines become collectable, the need for solid classification increases. Liv-ex’s 2015 study attempts a type of classification, pinpointing the First Growth-style producers from this region and pointing out that they have retained this position since the last study in 2013. Petrus, Pin, Ausone, Lafleur, and Cheval Blanc are considered the top producers of the Right Bank, and as such, vintages from these estates are likely to increase in value.

In 2015, we saw the rise of Angelus from a Second Growth estate to a First Growth category; in 2015, it is selling for about £2,019 per case. Angelus and Pavie both rose to St Emilion Premier Grand Cru classification in 2012, but only one estate saw a drastic increase in market worth as a result; Pavie remained in the Second Growth range of sales. This highlights the importance of considering market values beyond classification honors, as both of these estates were equally given high praise for their efforts among critics, but only one managed to translate that attention into tangible profit margins.