Merlot in Crises: Will Global Warming Trends Spell the Extinction of French Merlot? 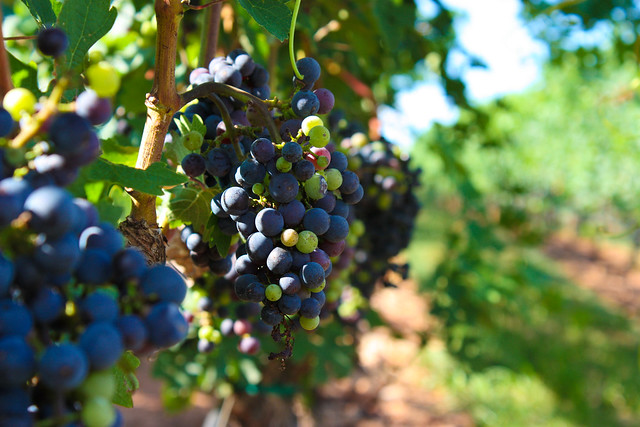 French Merlot is in crisis. As climate change impacts weather on a global scale, this grape is experiencing some of the hottest summers on record in France, and it is largely destroying the crop across terroirs. Drought-like conditions can help wines develop bold flavors through rain-starved, concentrated juice, but there is a limit to this advantage. The Winkler scale cites Bordeaux as a Region II climate, meaning that its relatively cool, well-sunlit climate is ideal for growing Merlot, Cabernet Sauvignon, and Sauvignon Blanc.1 Yet recent seasons in France are tipping the scales into Region III or even Region IV ratings, endangering its Merlot.

Late harvests after warm, clear summers produce wines that are highly concentrated, but most wines need cooler temperatures toward the end of the harvest season to produce these results. If grapes are exposed to too much sunlight and heat, their acidity drops, and the resulting wine lacks dynamism. Merlot grapes have a naturally lower acidity than Pinot Noir and Cabernet Franc, meaning that they are especially sensitive to overly hot temperatures.

As Merlot in France is exposed to hotter summers that extend into fall, the grapes will become flabbier and sweet, lacking the depth of Merlot grown in true Region II climates. Wine expert Clive Coates has said that Merlot that becomes too ripe on the vine results in a wine that is, “A fruit bomb with no hard edges.” In northern French terroirs, temperatures have averaged about 10 degrees above normal over the past decade, which is beginning to affect its Merlot and the blends in Bordeaux. Collectors are already seeing fewer Merlot-heavy blends, as producers struggle to resolve this weather crisis. Languedoc Merlot is becoming increasingly rare, because this region has some of the hottest summers in the country. Researcher Agnes Destrac with the National Institute for Agricultural Research has found that late harvests are responsible for low-quality Merlot. Because of this, producers are beginning to change the way they harvest in order to pick grapes when they’re still acidic, which helps prevent spoilage, increases a wine’s cellaring potential, and gives the wine a fresher taste.

The finest French Merlot comes from regions such as Medoc, St. Emilion, and Pomerol, whose relatively cool harvest seasons produce concentrated fruit flavors without sacrificing acidity. In 1989, weather conditions in some other regions of France were too wet to grow quality vintages, but in Pomerol, the Merlot vintages were exposed to the perfect balance of sunlight and cool air, as can be seen with the 1989 Petrus. This vintage was left to develop on the vine, and as a result, its taste has been described as bold and saturated.

Today, many French estates never get the chance to let their Merlot grapes rest on the vine late into the harvest season. Merlot is being harvested earlier than ever, and as temperatures continue to increase, the likelihood of finding a quality late harvest Merlot becomes slimmer, since grapes exposed to too much sun ripen with high levels of sugar, resulting in juice that lacks the deep, bitter notes and tartness of wines grown in cooler climates. As a result of this, Merlot harvests have moved from mid-September or even October to as early as late August in order to avoid exposing grapes to too much sun.

Steep Hills Could Save Merlot

Merlot is expected to struggle globally, but the impact will be felt especially hard in France, which produces a greater percentage of the crop than any other country in the world. The country’s more than 115,000 Merlot-focused hectares may dwindle as the weather changes, except in the steepest regions. Appellations such as the Right Bank in Bordeaux are the best vineyards on which to grow Merlot because its terrain consists of steep hills that limit direct sun exposure.

St. Emilion features a dense landscape of slopes that push the vines away from the sun at varying angles. In wines such as the 2000 Clos Dubreuil, this sloped exposure allows producers to plant vines at the ideal angle for the perfect exposure to sunlight, limiting how much direct sun the Merlot grapes receive when the weather becomes too warm. The indirect sunlight grows the grapes slowly, developing flavors, while the shade that comes with the late afternoon gives grapes time to cool off and develop lingering acidity.

While it is true that Merlot is experiencing change in France, it is still responsible for producing some of the finest wines in the world, and a number of the country’s most recent vintages have thrived in hot seasons, including the 2000, 2003, and 2009. Wines such as the 2000 Clos Dubreuil gained stronger fruit flavors despite the hotter-than-average climate, largely because the estate’s owners have decades of experience tending to the vines during harsh growing seasons. The quality of an individual vintage depends on the producer as much as it does on climate, which is why collectors should pay close attention to how estates handle global climate change.

New Zealand leads the way in wine-focused climate change research, as Treasury Wine Estates undergoes tests for new underground water lines for vineyards. This estate is one of dozens globally that are trying to fight climate change with environmental lobbying and renewed methods. In hot climates, vines lose too much water from evaporation, which prevents Merlot grapes from receiving the nutrients they need to grow. The new underground technology would cool off the vine’s roots in the hottest days of the year, and provide just enough water to promote fruit growth. Penfolds has already begun work on this innovative system.

In France, the French National Agricultural Research Institute is following suit, starting a new organization called LACCAVE. The organization researches the best methods for preventing grape spoilage in the country, taking soil samples from terroirs such as Bordeaux or Burgundy, and finding the best solution for each estate. With 2015 marking the third-hottest season on record since 1900 in France, their research will be essential for Merlot vintages in the future.