Earthiness and Minerality in Wine: How Does Terroir Affect Mineral Flavors? 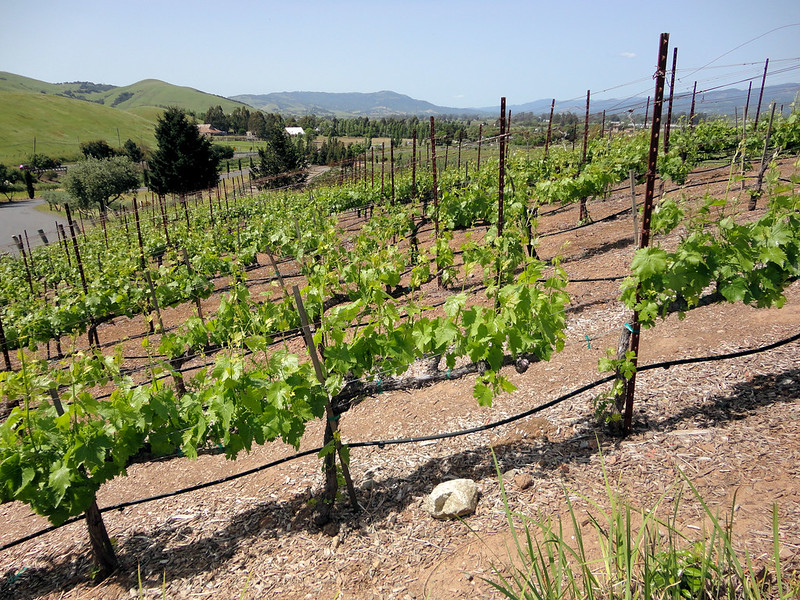 In my experience tasting Chablis wines, one tasting note consistently shines through: flint. The limestone-rich soil in this terroir is sprinkled with fossilized oyster shells that allegedly add minerality to its flavors. While scientists have found that mineral flavors certainly exist in wines, they are still unsure why this minerality is present. In multiple studies, wine critics tasted mineral notes in wines from the same terroir, independently of one another’s reviews, making it clear that minerality exists as a physical component of the wine.

In Search of Minerality

If minerality exists as an attribute of wine, rather than only in the subjective palates of wine tasters, then a region like the Hill of Tain Hermitage is a good place to start investigating the mystery. This volcanic terroir is granite-dense, and its soils are fractured from periods of intense heating and cooling. Wines grown here tend to have an intense minerality, and sweeter Syrah varietals such as Epsilon also have a distinct mineral flavor when grown on estates in this region.

A small number of scientists suspect that vines in this region are absorbing minerals through their root systems, which later make their way into the grape itself. In many estates on this terroir, the granite in the soil has been crushed into a sand-like consistency, which, when mixed with water, could theoretically be absorbed into the roots directly.

The vast majority of climate scientists and geologists are not convinced of this theory, however. They explain that the way granite allows water to drain quickly from the soil is the reason for the Syrah’s minerality. Mineral flavors nearly always come from wines grown in rocky terroirs, which is why many wine critics pinpoint the rocks themselves as cause for the minerality in wine. In reality, some geologists argue, it’s the superior drainage that rocky soils offer that allows vines to grow more fruit, and allows the fruit to have a brighter, more acidic character that takes on mineral-like flavors.

As more winemakers grow grapevines in new terroirs, Grand Cru terroirs become more sought-after, and producers work harder to enforce their distinct flavors. Winemakers are putting terroir-specific stones directly into barrels as the wine ages, or fermenting the wine in custom-made cement vats, in an attempt to preserve or enhance mineral flavors from the terroir.

James Berry Vineyard in Paso Robles is one of the first vineyards to make concrete vats based on the soil surrounding the estate. The owners asked a vat maker to grind up limestone identical to the limestone on the estate, then mold the stone into large cement containers. Most producers have stopped using cement vats to age their wine, choosing new stainless steel containers or traditional oak instead, but owner Justin Smith explains that he wants wine enthusiasts to know how seriously he takes terroir. So far, he says he isn’t sure how the concrete has affected the taste of his wines, and he has not noticed a significant difference in minerality overall.

Winemaker and astronomer Ian Hutcheon has taken the opposite of a terroir-driven approach to minerality testing. His Chile-based winery has introduced a new wine, called Meteorito, that is aged with large chunks of meteorite from the Mars and Jupiter asteroid belts. The producer believes that these 4.5-billion-year-old space rocks lend his wines a more tin-like taste than the other Cabernet Sauvignon vintages grown on his estate. However, neither wine critics nor scientists have proved that the meteors impact the wine’s flavor.

Climate and Drainage Have the Greatest Impact

So far, science rules against the myth that rocks introduced during the fermenting or aging process affect the flavor of wine. Unlike oak barreling, which can cause an earthy flavor, cement or rock-based aging containers have a neutralizing effect on a wine’s taste. Once the grapes are harvested, the only way for winemakers to truly increase the mineral tastes in the wine is to add finely-ground minerals to the juice itself as it ferments. Scientists have still not found the exact cause of the rock-like taste in these varietals, but all mineral-tasting wines have something in common: soil drainage.

The only scientifically-proven method for increasing minerality in wine is through terrain. Rocks break up the density of the soil around the vine roots, allowing water to drain deep beneath the root tips in rainy seasons. Drainage prevents molding, and the water-starved vines produce more concentrated grape juice as the vines focus on producing fruit, rather than leaves. In rainy regions, vines tend to produce small, lean grapes with underripe flavors. However, when properly-drained wines reach their peak acidity in cool seasons, they typically avoid underripe flavors due to their porous soil, which forces the vines to put more energy into growing fruit. While the origins of minerality are still something of a mystery, wine experts believe that fruit grown in these conditions has naturally-occurring mineral flavors that become more pronounced the longer the grapes mature.

Minerality in Wine Is Real, Stone Aging Is Myth

Generally, wine collectors should ignore stone containers or wines fermented with stones except as a reflection of a winemaker’s dedication to terroir. For a mineral-dense wine, look for vintages from rocky terrains, especially in land-locked regions like Chablis.

Research the wine aging techniques of your favorite producers using Vinfolio’s index. Start by selecting the region in which you want to search for your next collector’s vintage, then narrow your search by name or collectability score.