The Year of the Grape: 2012 Californian Cabernet Sauvignon Surpasses Expectations 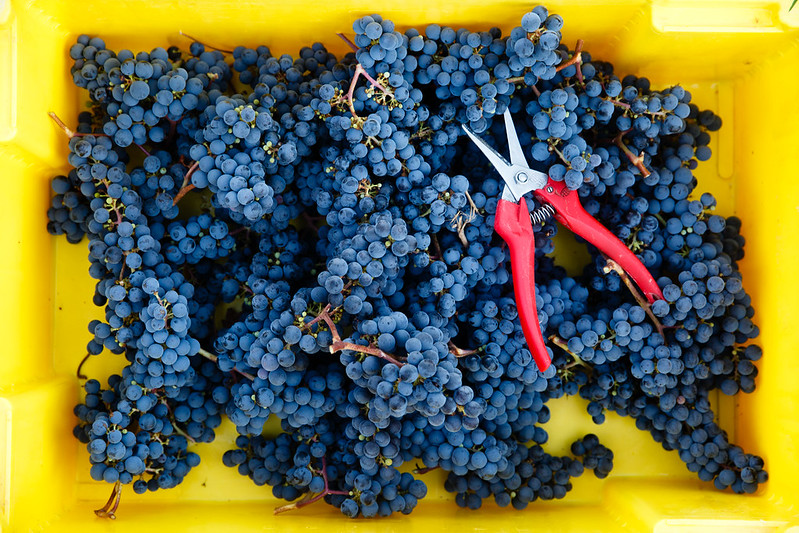 It’s well known that 2012 was an exceptional growing season for California’s star Cabernets, especially in comparison to the complicated 2011 vintage. The quality of the wines that resulted from the 2012 harvest is accompanied by a spectacular volume produced.

With 500,000 tons of Cabernet grapes harvested, California has never seen such a large production of the varietal.  While some of us may have a prejudice about large vintages not making high quality wines, there are many historical vintages to prove the theory wrong, including the outstanding and large productions of 1974, 1986, and even 2005.

The size of the grape berries surprised vintners as much as their superlative amount. Grapes were not only big, but tremendously juicy. When vineyard owners sold their oversupply, there were always savvy négociants ready to snatch a batch of exceptional grapes, a situation that is poised to put lesser-known producers in the spotlight thanks to their access to top quality Cabernet grapes.

2012 Cabernet yielded great results throughout California. Naturally, the prolific Napa Valley takes the prize with one of the greatest vintages on record, but every Cabernet-producing subregion made a few unforgettable wines.

The absence of frosts, moderate spring and summer, and an uneventful fall made for a perfect season in the Napa Valley. But again, winemakers were not prepared for such a large harvest.

Cabernet Sauvignon was the absolute star crop. Many local winemakers believe this was their best vintage ever. 2012 Cabernets from Napa are very dark and complex, and they are expected to age fabulously. The vintage has been compared to some of the top vintages on record.

The partnership between wine specialist Fritz Hatton and winemaker John Kongsgaard was made in heaven, and Arietta’s 2012 Cabernet vintage proves it. What is left of the 411 cases produced of this find is sure to sell out soon.

According to the winemakers, this wonder from Stag’s Leap “opens with deep red and black cherry aromas along with notes of juicy strawberry, cocoa and spice. The wine has an elegant texture with very fine tannins and great acidity,” and we agree. Intense plum and cherry aromas are combined in an approachable yet elegant wine which is ready to drink right away. Also excellent are the Stag’s Leap 2012 Cabernet Sauvignon S.L.V. Estate Grown and the Stag’s Leap 2012 Cabernet Sauvignon Fay Estate Grown, both highly rated by Robert Parker and already collectible.

This boutique winery creation is one of the top Cabernets in the vintage, and it has captivated the world’s wine lovers with its aromas of mint, cassis, and berries. With its velvety tannins and long finish, it’s no wonder this wine received a 100 rating by Robert Parker.

In Paso Robles, the season was good for the majority of growers, but a heat wave affected some among them. After a dry spring and a hotter than average summer, another heat wave, which came in early August, caused a 25% loss for some vineyards.

A winner of Wine Enthusiast’s American Winery of the Year award, Justin is one of the top Cabernet producers on the Central Coast, and the 2012 vintage is a triumph, with its dense, dark fruit flavors and aromas of tobacco, coffee, and cocoa bringing it a score of 94 from Wine Enthusiast.

The growing season in Sonoma was lengthy and moderate without damaging rains or heat waves. It was an excellent year for all varieties in this region, including Cabernet, and with the right amount of sunshine and cooler temperatures, the grapes ripened beautifully. However, some of the reds showed excessive tannins, which winemakers tamed by giving the wine more time to ferment and macerate.

The unique Franciscan Assemblage soil in Chalk Hill combines sandstone with limestone, shale and volcanic rocks. As a result, the 2012 vintage from Arnot-Roberts is packed with dense cherry flavors that come from intense sun exposure. This wine is a collaboration between Duncan Arnot Meyers and Nathan Lee Roberts, who craft low yields of Cabernet in custom hand-made barrels.

While the sheer size of the 2012 yields may give the impression that there can simply never be enough demand to push prices of this vintage upwards, the spectacular results obtained by some wineries lead us to believe that many of these wines will be quite remarkable and sought after in a few years (and many already are). Buy some to enjoy now and some for your collection, because, thanks to the benevolence of the season, most great Californian reds from 2012 are just too delicious to pass up.

Whether you are starting your high-end wine purchasing or adding to an established collection, Vinfolio is your partner in buying, selling, and professional storage. Contact us today to gain access to the world’s best collectible wine, including the finest 2012 Cabs from California.