The Port of the Future: The Market Is on the Search for a Drier Port Wine 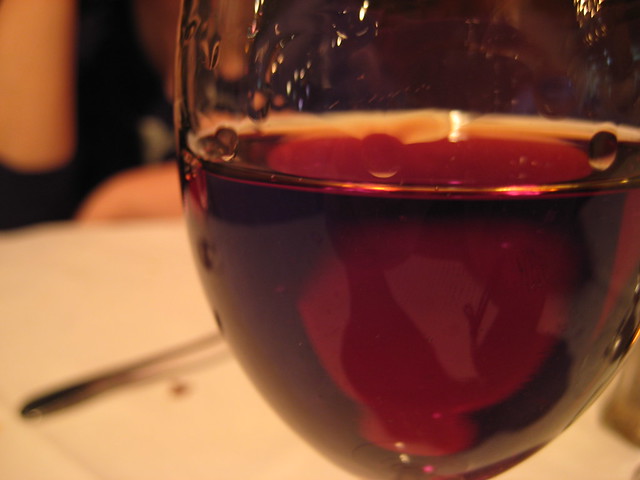 Port wines of the past were too sweet to serve with savory dishes, but as tastes move to drier wines, Port is following suit. Photo Credit: Flickr CC user Ernesto Andrade

Over the past 50 years, Port wine has amassed a reputation as an old-fashioned drink traditionally drunk with dessert. However, a Nielsen study found that more than 21 percent of Port drinkers are under the age of 44, a higher percentage of young drinkers than any other fortified wine, including Sherry. This is partly due to a revived cocktail culture, and partly to the discovery of drier Port wines by wine collectors and bartenders alike. As the wine world moves away from sweet wines in favor of dry varietals, and as a revived cocktail takes hold, dry Ports increase in market value.

Taking Port Off the Dessert Menu

As we have seen with the increased worth of dry Riesling in the past decade, more wineries and chefs are seeking out drier vintages of traditionally sweet varietals to serve to customers. Joao Roseira from Quinta do Infantado is known for pairing his Port wine with savory foods he picks directly from the estate’s grounds, forgoing a dessert pairing entirely. He is not alone in this savory preference; famous Port producer Dow’s has revised its harvest techniques to cater specifically to these tastes. Earlier harvesting and higher acidity are producing wine that is easier to pair with a wide range of foods, rather than just chocolate-rich desserts.

Port producers of the past would harvest late, which contributed to low acidity and the overall sweetness of the grape juice. Dow’s recent harvests, such as the 2011 vintage, have a higher acidity than other Port wines on the market, which not only gives its wines a drier feel overall, but allows its new vintages to age longer in the cellar.

However, bright acidity in some of the finest Port vintages is not an entirely new phenomenon. Taylor’s 1963 vintage has distinctly acidic notes. Robert Parker has said that Taylor’s Ports need more time than any other producer to fully develop in flavor, which is why its 1960s vintages continue to be drinkable today. Premium Vintage Port wines age for up to 40 years, even when they are high in residual sugars, but slightly more acidic Port has been known to age for 50 years or more.

Port sales have been traditionally low, averaging out to about 500,000 cases in 1996. For the first time in decades, the wine world has witnessed a rise in Port sales, reaching about 759,000 cases in 2011. This 50 percent increase in value is partly the result of a new sense of terroir in Portugal’s famous Douro Valley, which is considered to be the world’s finest Port terrain, home to producers such as Graham’s.

Douro Valley is the perfect terroir for a dry Port renaissance, as it has the steepest landscape in the country. The hills in this region reach up to a 30 percent incline on some estates, forcing producers to dig into the soil and even out the terrain. When winemakers flatten the landscape, they add rocks to the soil, providing better drainage for the roots. When water drains freely in the soil itself, winemakers are able to control, to some extent, how much water their vines receive, improving the flavors of the grapes.

Douro producers like Dow’s have used more separate fermentations on their Port blends than they have in the past, with some vintages resulting from 50 or more fermentations. This gives them full control over the sweetness of the final wine, allowing residual sugars to ferment in some batches, but removing the grapes early from fermentation for other batches. When these ferments are combined, the Port gains sweetness from the high-sugar ferments, but has enough acidity from the less-fermented grapes to retain a bright flavor.

Cocktail trends rarely have an impact on the wine market, but Port wine is the exception. Modern upscale cocktail establishments are hiring bartenders who have gone through extensive mixology courses, where they learn how to craft cocktails according to centuries-old traditions. Young spirit drinkers are drawn to traditional cocktails that fell out of style before the 1970s, especially those made with fortified wine.

Port was a staple in many famous cocktail bars of the past, when cocktails like the Bin 27 Martini were popularized by the Rat Pack and other famous celebrities. The wine was a main ingredient in a cocktail crafted specifically for the Sir Francis Drake Hotel: the Bar Drake Manhattan. Both of these drinks are making a comeback in American bars, causing a revival of interest in Port.

The Port wine in these drinks adds sweetness, but seasoned bartenders are primarily interested in using drier-style Port. The slight acidity of the wine cuts through the other flavors of the spirits, allowing the Port to shine through in the mix. Wines that are too sweet tend to overpower other sweet spirits, such as bourbon, which is why drier Port is considered a better alternative in these pairings.

As Douro producers use less residual sugars and more acidity in their wines, the wine market will likely continue to embrace the increased popularity of Port in the modern world. Look to producers such as Dow’s to get a sense of this new Port era, as they are currently leading the way in modernized techniques. They have proven with their most recent vintages that Port is no longer just a holiday dessert drink, and that its complex flavors deserve more time on collectors’ shelves.

Some of the finest Port wine is available for sale on Vinfolio. Use our extensive online search tool to find the ideal bottle of Port to add to your collection today.