The Mystery of White Burgundy: Why Does Burgundy Consistently Produce the Finest Chardonnay? 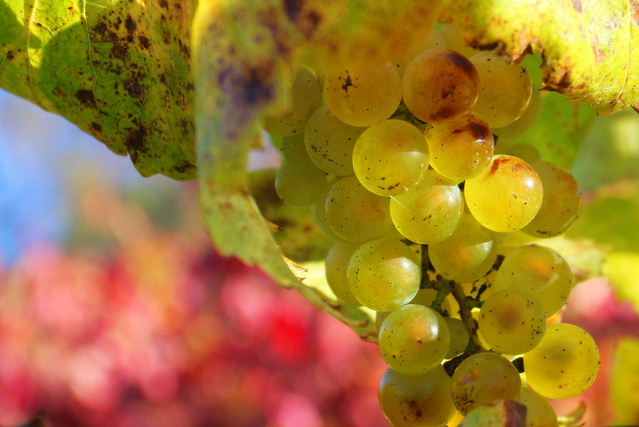 Despite a premox breakout in the mid-1990s, Burgundy remains the top producer for Chardonnay in the world. Photo Credit: Flickr CC user John Morgan

Burgundy’s reputation for growing the finest Chardonnay on the market comes down to the one-of-a-kind clay, limestone, and chalk terroir that provides its wines with intense minerality. Modern winemakers clamber to buy grapes from every subregion of Burgundy, making it the region with the most widely-replanted white grape roots in the world.

Terroirs in Napa Valley have been in fierce competition with Burgundy over its Chardonnay in recent years, but Robert Parker gives this advice to wine collectors seeking out the best new vintages, “I don’t think you should cellar white wine at all, unless it’s white Burgundy.”

Few Chardonnay wines can compete with the richness of a Côte de Beaune. This subregion of Burgundy has the greatest concentration of limestone in the area, which gives its wines a density and minerality that seasoned tasters rate more highly than any other terroir. Unlike other regions around the world where limestone is common, such as Indiana and some areas of Sweden, Côte de Beaune’s balmy weather is the ideal temperature for grape production.

Generally, warm climates produce grapes that are low in acidity, which results in wines that develop slowly with complex, dry fruit notes. Because of this, Côte de Beaune wines have a richer, earthier flavor than nearby Chablis, as Chablis is cooler for a greater part of the harvest season. The further south the estate is located, the more richness you will find in its character due to the differences in climate. Compare the rich density of a Simon Bize et Fils to the clean crispness of a Raveneau, and you can easily tell which Chardonnay grapes grew in the warmer climate.

The Burgundy terroir has a long history of producing fine Chardonnay, with its best appellations in Corton-Charlemagne, Chassagne-Montrachet, and Puligny-Montrachet. Legend has it that the Corton-Charlemagne appellation was once owned by Roman emperor Charlemagne, and that the emperor’s wife insisted on planting only white grapes on the hill of Corton. As the story goes, she hated when red wine would stain her husband’s beard.

Today, Chardonnay is still the only grape growing in Corton’s limestone-locked upper hills. Since these grapes hold up well in any soil type, many international estates seek out vine cuttings from the region in order to produce rich Chardonnay for themselves. Producers often find that these grapes need just the right amount of warmth and sunlight to thrive, since too much can cause their acidity to become so low that the grapes lose flavor.

Tasters who have had late harvest vintages of Corton clones grown outside of this region typically describe the results as “flaccid” compared to the intensity of the vintages grown in its home country. To avoid this, Napa Valley growers often harvest Corton clones early in the season rather than allow their acid levels to drop too much. In many warmer regions, slow-growing late harvest clones that don’t receive rainfall toward the end of the season do not develop the acidity level needed to give these wines their intense flavor. In Burgundy, however, Chardonnay grapes generally receive acid-boosting light rainfall in late August and early September.

Hundreds of producers keep their Chardonnay in oak barrels, hoping to match the smooth tannins found in the best white Burgundy from Côte de Beaune. Unlike any other region of Burgundy, Côte de Beaune uses oak barrels to produce wines with a very high aging potential, such as the Les Demoiselles from Louis Jadot.

Yet oak aging does not produce the finest wine on its own, as Robert Parker once famously lamented. Years ago, Parker wanted to try international Chardonnay vintages that weren’t aged in oak, expecting to get the same flavors he found in Burgundy estates where oak wasn’t used. He was disappointed when he discovered that what makes white Burgundy so special is the qualities of the grapes themselves, to which oak merely adds complexity. Without Burgundian grapes and terroir, the unoaked Chardonnay lacked character.

Oak aging Chardonnay in other terroirs around the world does not often produce the same results as it does in Côte de Beaune because so few of these estates have the same combination of fine weather and unique soil conditions. When this region ages its wines, it merely allows the natural flavors of the terroir to come through in its structured tannins.

An Unresolved Threat to the Burgundian Throne

Two factors nearly removed Burgundy from its place as the top Chardonnay producer: premox and the rise of California’s wine country. In 1995, the aging quality of Burgundy suddenly dropped without explanation. At first, wine tasters thought the bottling method that year must have been flawed, but as they tasted the 1996 and 1997 vintages, they discovered the same flaw.

In a panic, producers discovered that premature oxidation, or premox, was the cause of the spoiled wines of this decade. Since the issue spanned all subregions of Burgundy, experts still aren’t sure what happened to warrant the drop in quality. Some point to low sulphur dioxide levels, while others say that new cork treatments were to blame. Experts now think that it was a combination of these factors and gentler pressing techniques that might have led to the decade’s premature aging.

As vintages after 1999 began returning to their previous aging potential, California estates began turning out Chardonnay, often using clones from the Burgundy region. California’s hot climate is also ideal for growing Chardonnay, and it has high concentrations of limestone near the Santa Cruz Mountains. California shocked the wine world when its Chardonnays outranked some of the finest Burgundy picks in the late 1990s, and the two regions have been in intense competition ever since.

Many top producers such as DRC were not affected by the drop in quality in 1995, and still consistently produce world-class Chardonnay that dominates even the best California vintages. As tasters have found with recent vintages from estates affected by premox, the region is recovering from its mid-90s panic, returning to the supreme aging power collectors have come to expect from the white Burgundy.

Find your next bottle of white Burgundy using Vinfolio’s wine store. Our website offers browsing options by varietal, country, and terroir to make it easy for collectors to find and purchase the finest wines in the world.