Don’t Fear Brett: Why Running from Brettanomyces Might Be a Thing of the Past 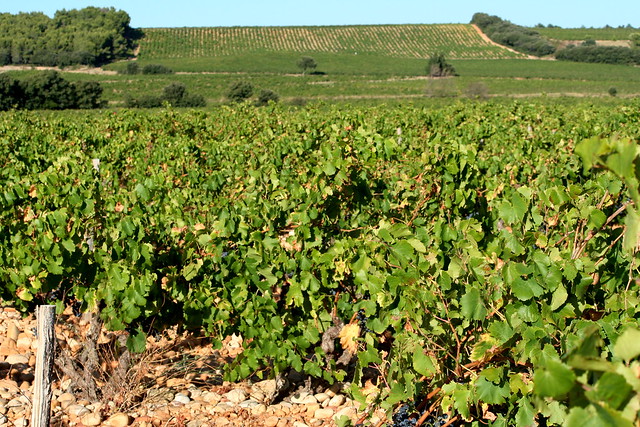 Rhone Valley wines tend to have the highest concentrations of Brettanomyces, partly due to the region’s natural promotion of the yeast on its grapes. Photo Credit: Flickr CC user Megan Cole

Sonoma winemaker Adam Lee once said, “I’m just not a fan of Brett, whether it’s a lot or a little. It’s like someone saying they’re a little bit pregnant.”

Most wine connoisseurs would agree with him, but trendsetters are taking an entirely new approach to this long-maligned quality in wines. Biodynamic producers such as Terroir Al Limit are embracing the taste of Brettanomyces in their wines, resulting in bottles that have an earthy, barnyard quality but avoid Brett spoilage. As wine experts’ tastes move away from the extra-fined, clean-filtered wines of the past few decades, a thirst for wines that have a rougher edge from their Brett seems to be taking hold.

Wine drinkers talk about Brett as if it is a single entity that needs to be defeated, but the reality is that Brett comes in dozens of strains that affect wines in a myriad of ways. A recent study at UC Davis found that some of the most revered aromatic qualities of fine wines, such as earthiness, leather, and smokiness, come directly from Brett strains. In the study, only five Brett strains were shown to produce the unpleasant scents we associate with spoiled wine, while 17 strains were shown to greatly improve a wine’s taste.

Why, then, does Brett have such a terrible reputation among wine critics? The answer lies in wine’s complexity and fermentation. It’s impossible for winemakers to promote the dozens of tasty strains of Brett without risking exposure to the harmful strains. Until scientists discover a technique that encourages only the growth of desirable Brett, most winemakers remain on a mission to destroy this yeast.

Promoting Its Growth in Oak Barrels

Terroir Al Limit is one of thousands of biodynamic estates cropping up around the world that allow their wines to age on their own, without chemical or fermentation interference. One of the most popular recent techniques used by these wineries is a hands-off, oak barrelling approach that naturally leads to higher concentrations of Brett in wines.

Brett thrives in the cellulose of wood barrels, burrowing into the porous surface until it is deep inside the wood, entirely out of reach. When winemakers use older barrels, or reuse barrels, the Brett that has embedded itself in the barrel affects the wine. The result is a taste that ranges between an unpleasant chicken coop scent and appetizing smoked game, depending on which strain makes the barrel its home.

Pegau Chateauneuf du Pape uses well-aged oak in its barreling, causing many of its wines to have a smoky, meaty bouquet. Generally, wines that use less than 20 percent new oak are more likely to develop Brett flavors, while estates that use 100 percent new oak or even cement vats are usually able to eliminate Brett in the final grand vin.

Wine from the Rhone Valley is synonymous with Brett flavors, which is why so many French winemakers have a greater love and tolerance for this yeast than any other region in the world. Brett grows in abundance on the grapes themselves, so it is virtually impossible for any Rhone winemaker to craft a wine without a single microbe of Brett. Even California Rhone blends like those from James Berry have this earthy quality, despite being miles away from the Rhone Valley.

Thales Wine Cellar Services is leading the way in barrel hygiene in an effort to rein in the yeast, offering fully-sanitized barrels to estates around the world. The company is working with French estates on a specialized microwave barreling system. Before the grapes are plucked from the vines, Thales sets the barrels on a long conveyor belt, then blasts them with hot water. The barrels are then sent through a microwave chamber that kills even the sturdiest yeast left deep inside each barrel. So far, this technique hasn’t affected the taste of the wines put into the barrels later, and has greatly improved the Brett flavors in each bottle.

It’s About Balance, Not Elimination

I once heard a wine expert joke that if he ever smelled Brett in a fine bottle, he would advise the producer to burn the entire estate down and start from scratch. As we have discovered in recent years, winemakers don’t have to go to these extremes to develop fine-tasting wines, and in fact, Brett is responsible for many of the flavors and aromas we love in well-aged wines. Whether by using microwave technology or embracing biodynamic traditions, the wine world will sooner or later develop a healthier relationship with this tenacious yeast.

Find the best wines that balance the earthy flavors of Brett, including dozens of Rhone vintages, when you use Vinfolio’s wine search tool. The website includes detailed information about the producer, along with the reviews by professional wine experts and collectors from around the world.