A Year of Extremes for Winemakers: The 2015 Climate a Boon for Some Vineyards, But Not Others 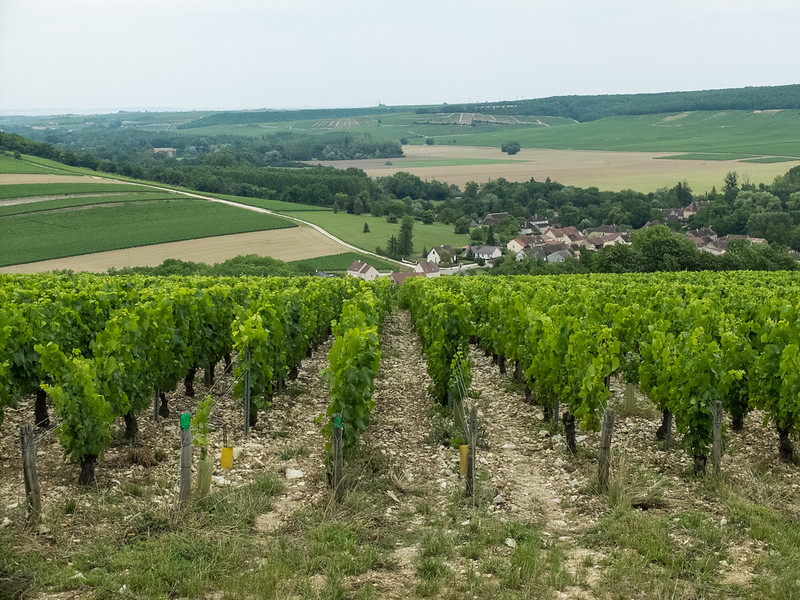 Estates in Chablis are struggling through a 2015 summer that brought intense heat and a sudden hailstorm, threatening its delicate fruits. The 2015 climate for winemakers was one of extremes. Photo Credit: Flickr CC user Anna & Michal

Climate change experts agree that the planet is on the cusp of another huge heat wave that could last for centuries, and this year, wine producers around the globe felt the impact. While the heat and subsequent hailstorm in the Chablis region of France threatens to destroy this year’s precious crop, Oregon is in the midst of a new wine era as a result of the unseasonably warm climate. The temperature there rises every year, producing more intensely flavored grapes than ever before, yet the 2015 harvest in these two regions proves that a warming planet can either be a blessing or a curse.

Burgundy wine collectors lucky enough to own a 2003 bottle from any producer in this region will tell you the difficulties the weather brought for French producers. That year, a powerful heat wave stressed the roots of vines in Burgundy to the breaking point, resulting in especially low yields and a flavor profile that was, at times, almost unrecognizable for the terroir. The low acidity of the grapes affected how long they could cellar, and changed the flavors of the white wines especially. Wines grown in indirect sunlight in 2003 are known as some of the finest the region has ever produced, while wines grown in direct sunlight were often disappointing for serious collectors.

This year, hot weather threatened producers again, but this time, it was mercifully tempered by a wetter-than-usual spring, allowing the vines to gather enough water to survive the summer. Keep a close watch on DRC bottles this year, which are likely going to be the most intensely flavored the estate has produced in almost a decade. Unfortunately, producers in Chablis were not so lucky.

Chablis producers cheered the dry heat of this year’s summer, but their enthusiasm was tempered by a massive hailstorm that hit just as September began. Golf ball-sized chunks of ice fell on the vines, forcing producers to quickly harvest their crop before rot had the chance to set in.

Wine collectors who are fond of Chablis wines will likely see lower yields this year than usual, due to a combination of the intense heat and the sudden, violent storm during harvest season. Most of the best Chablis wines, such as the 2010 Raveneau, have a delicate quality to them that requires specific pick dates to achieve. Time will tell whether these producers were forced to pick too early, or if the grapes still had the chance to fully develop that iconic Burgundy flavor.

Oregon on the Cusp of Drought

The drought-stricken California climate began to affect Oregon this summer, especially in the southern part of the state, nearly eliminating the drizzles its terroirs typically receive in the early summer. Most days in Oregon averaged between 75 to 95 degrees over the past four months, meaning the resulting wine will likely be bolder and fuller-tasting than usual.

You can see this quality best in the state’s Pinot Noir productions for 2015, which have already resulted in high quality yields. Grace Vineyards is notorious for its low-yield crops of Pinot Noir and Chardonnay, managing to get intense flavors out of the grapes despite the state’s gloomy weather reputation. This year, keep a close watch on this estate’s 2015 Pinot Noir vintages, since this varietal grows at its best during intense, heat-driven weather that stresses the roots.

The key to collecting the best vintages of 2015 is to find out how the producer handled the extreme weather, especially in terroirs like Chablis. Chablis estates that harvested their grapes early (in late August or the first two days of September) will likely have been spared from the sudden turn in weather. Those who harvested late might struggle with quality in 2015. Now is also the best time to think about investing in Oregon wines, since 2015 produced the perfect conditions for bold, intensely flavored Shiraz and Pinot Noir.

Whether you are starting your high-end wine collection or adding to an established portfolio, Vinfolio is your partner in buying, selling, and professional storage. We carry excellent investment wines from the best vineyards in Burgundy, Oregon, and across the globe. Contact us today to get access to the world’s finest wine.