3 Screaming Eagle Wines That Should Be on Your Bucket List 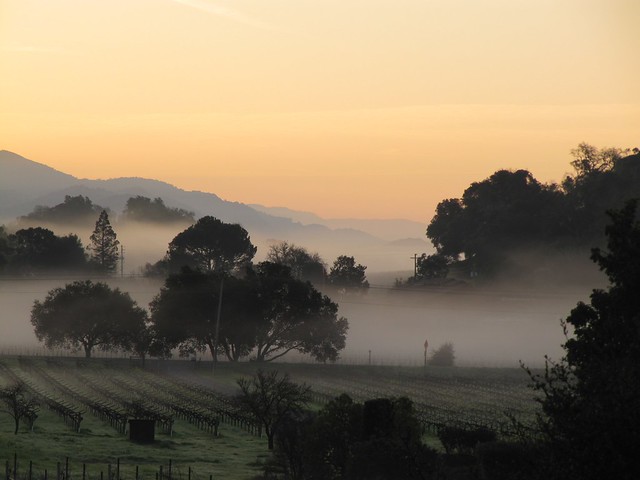 Of the many excellent, highly-acclaimed wines of Napa Valley, why does Screaming Eagle soar above the rest? Not only does this winery enjoy a reputation as one of the finest producers in the United States (if not the world), it’s also one of the most exclusive. These wines, cultivated from grapes grown on just 60 acres of stony, valley-floor soil in Oakville, California, come in small batches. The winery now produces just several hundred cases a year, though in years past it has released just a fraction of that.

So popular are these wines that, on the Screaming Eagle official webpage, prospective buyers can sign up for a waiting list that might, one day, lead to direct access to a bottle. The rather depressing verbiage there is, “Although signing up for our waiting list does not offer access to purchase the wine at this time, it does provide you with the opportunity to learn of any news that we may have to share.”

But savvy collectors know Screaming Eagle is too good to wait in line to savor. Enter the secondary market. Vinfolio can connect Screaming Eagle fans to sellers willing to part with some of this precious product. Almost any Screaming Eagle wine is worth the determination required to obtain it; but three in particular are worth shouting (and fighting) for.

In many cases, “second flight” wine is not of the same standard as first, blended from the fruit of very young vines or from wine found for some reason unacceptable for introduction into the grand cuvee.  Though collectors can snag single bottles of Screaming Eagle second flights for somewhere between $375 and $700 a bottle (as opposed to four to six times that for first flights), this particular brand of second flight has emerged not necessarily as a lesser, but rather as a different wine, slightly experimental and extremely rare. In 2012, when Screaming Eagle announced the availability of its second flights, the winery explained: “For the last eight years, we’ve been making a different wine based on our top Merlot and Cabernet Franc lots.”  The debut wines were packaged in eight-bottle cases, two bottles of  each vintage available: ’06, ’07, ’08, and ’09. At the time, per the Screaming Eagle way, only select waitlisted members of its exclusive wine club could get ahold of this wine—but still, bountiful rave reviews poured in.

With the success of the first run of second flights, Screaming Eagle produced another round. The 2011 Second Flight was bottled in December, 2013, infused with 54% Merlot, 42% Cabernet Sauvignon and 4% Cabernet Franc. Experts have called it extraordinary. Vinous’ expert Antonio Galloni writes of its complexity, “The 2011 Second Flight [is] rich, dark, seamless and gorgeous…..flows across the palate with enticing scents of mocha, tobacco, new leather, licorice and plum.” Though there is some debate on whether the wine is ready to drink now or should be laid down a while longer, critics rate it between 93 and 96. In other words, if you can capture a bottle of Screaming Eagle 2011 Second Flight, you should.

Part of the original debut of second flight wine, the 2007 is understandably harder to get your hands on. This wine, because experts consider it ready to drink now, has already become a rarer commodity, so getting your hands on a bottle of it would be an achievement worth celebrating. Its lateral blend of 59% Cabernet Sauvignon and 41% Merlot commands a presence that belies “second flight” status, being polished, full-bodied, and layered with ripe cherry, blackberry, oak, and fennel.  Galloni’s effusive review reads “The essence of this generous, voluptuous vintage comes through loud and clear in the 2007 Second Flight. A jewel of a wine…endowed with gorgeous depth.” Flavors of raspberry jam and licorice tease the palate, flowing through to a satisfying finish. Critical ratings score this wine a 95 on average.

A wine lover’s Holy Grail, this wine exemplifies Screaming Eagle’s mastery. The winery is most famous for its Cabernet grapes: the gritty soil, hot summers, and cooling bay breezes converge to make some of the richest, most complex Cabernet Sauvignon in the world. So delicious is this wine that it was awarded a perfect score of 100 by Robert Parker of Wine Spectator in 2013.

Bloomberg reports that the ‘97 can fetch up to $4000 a bottle —and that’s if you can find it for sale at all. As highly regarded and limited as this wine is (even Screaming Eagle club members could buy no more than three bottles upon first release), we can’t be surprised the ’97 is rarer than, well, a bald eagle. However, this doesn’t mean collectors will never get a chance to experience a bottle of 1997 Screaming Eagle Cabernet Sauvignon. It just means we must fight–and succeed–in the secondary market to do so.

Ultimately, you can’t go wrong with Screaming Eagle. Because of the winery’s cult following, small scale production, and consistent rave reviews, these wines are among the most sought after in America. But capturing one can be difficult: the wait list is full, visitors are spurned, and the Napa Valley Conference and Visitors Bureau won’t even provide its street address. Vinfolio’s wine store, then, with its rare vintages and exclusive access to private collections, may be essential to capturing these and other rare wines. Since we sell out quickly, be sure to contact us regarding specific wines you’re interested in so that we can set them aside before they’re snatched up.