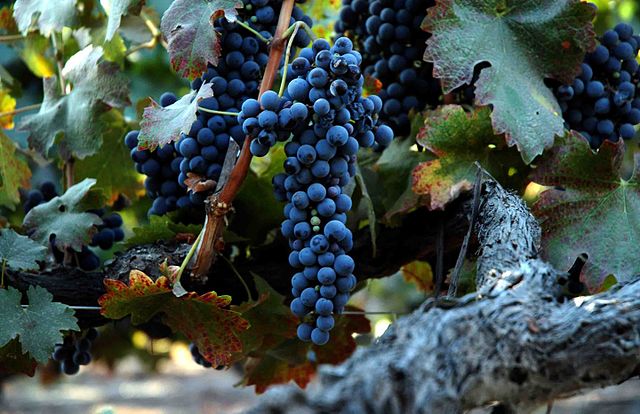 Australia is producing many investment-worthy wines, and Shiraz is one of the most noteworthy. Image source: Wikimedia Commons

I was on a cruise passing near the Arctic circle when I first tried Australian Shiraz, and I have to say it has remained one of my favorite reds; it made a perfect pairing with the midnight sun. I particularly enjoy blends of Shiraz with a touch of Viognier, something Australians do as well as the French. The 2009 Hillbille Signature James Brittain Shiraz-Viognier from Blackwood Valley is my absolute favorite. Australian Shiraz is a full-bodied wine with a strong tannic element that requires some aging before it can be fully enjoyed, but when it finally comes into its own, it is a truly amazing wine.

Australia has long produced good wines and just as long fought the stigma of being New World. In 1873, during the Vienna Exhibition, Australian wines won the top award from French judges, but when judges learned the wines were from the Australian state of Victoria, they withdrew the distinction and some of them walked out of the event in protest.

Early on, Australian wines became popular because they provided good value for money. They used to be mostly simple industrial wines, and with mass production, above average quality, and competitive prices comes, inevitably, popularity. But in recent years, Australian winemakers have gained an understanding of the different terroirs across the country’s vast wine regions, and they have started producing more carefully and at a smaller scale, and the results have been nothing short of spectacular, particularly in the case of Shiraz.

Shiraz was first planted in Hunter valley and Barossa during the 1830s and 1840s. But it was not until Wine Spectator pronounced Penfolds Grange 1990 as wine of the year that Australian Shiraz appeared on the wine collector’s map. After that, it was 100 points from Robert Parker and top scores everywhere that brought Australian Shiraz to a peak of demand in 2000, with a focus on Barossa Valley and McLaren Vale.

After the bubble burst, only producers who were making remarkable Shiraz from old vines, beginning to understand the terroir, and starting to master superb blends remained on the world Shiraz podium. These included the likes of Clarendon Hills, Rockford, Henschke, Clonakilla, Brokenwood, Chris Ringland, and Wendouree.

Rockford was especially influential in inspiring winemakers to go back to traditional techniques. Advances in fermentation technology have also had a big influence on the evolution of Shiraz itself, especially basket pressing and experimentation with ferment temperatures.

The Road to Terroir-Driven Wines

In 2008, Wine Australia released an industry strategy called ‘Directions to 2025’ for Australian wineries. One of the key goals of the strategic planning was to go from “reliable, accessible, everyday” to “super-premium, diverse, individual” wines. The concept of terroir was naturally central to the strategy.

According to Paul Henry, former general manager of market development for the Australian Wine and Brandy Corporation, a sense of terroir has been present, but overlooked, for many years in Australia. “Many of our now internationally recognised fine wines are ‘built’ along this European paradigm that place, rather than process, is all,” Henry has said.

In fact, many of Australia’s emerging subregions are relying on both tradition and laborious hand-picking techniques to keep developing the terroir-driven identity of their native wines, in general, and their Shiraz in particular.

Regions like MacLaren Vale and Barossa Valley are well-known by wine collectors, but Western Australia is making spectacular progress with its terroir-driven Shiraz. This is one of the most dynamic and exciting areas for fine wine investments right now.

Western Australia, and especially the Frankland River subregion, have lately harvested numerous top scores from renowned publications and gold medals at international competitions. More than this, they are coming into their own by finding their own distinct personality, and the world has noticed.

A testimony to this is the fact that 9 out of 19 trophies awarded at the 2014 Perth Royal Wine Show went to Western Australian wines. Shiraz was present in the selection in the form of an exquisite 2013 Shiraz from Smallwater Estate by John Small, which won the Gold Medal for best shiraz, while the winery received the Waterford Wedgwood Trophy for Best Shiraz.

Smallwater Estate was founded in 1993 as a side project to former automotive entrepreneur John Small’s freshwater crayfish farm. Since then, the quality of the grapes the area yielded has led to the beginning of the impromptu winemaker’s career. Smallwater, which produces about 2,500 bottles a year, has won countless awards, including the China Wine and Spirits Awards’ 2013 Gold Medal for its 2012 Shiraz.

Only second to France, Australia picked up 91 gold medals at the International Wine Challenge 2015. The terroir shone again this time thanks to Frankland River’s Amelia Park Reserve Shiraz 2012 and Amelia Park Shiraz 2013, both of which won Gold Medals.

The region of Western Australia can still be considered to be “emerging.” As such, some prices have as yet not reflected the quality of these top scoring wines. All of them come from wineries any serious Shiraz collector should be aware of, and many of these top wineries also make other varieties of award-winning reds and whites.

This unique wine comes from hand-picked, hand-sorted wild yeast-fermented grapes. The powerful flavor of its grapes results in an intense and focused palate with dark berries, tasty tannins, and oak. A great pairing for lamb; 2040 may be a great year to enjoy it.

Less earthy than other Shiraz varieties, the 2003 Scotsdale has a nose of cherry and pepper with a rich palate of plums and dark berries, and an intensely supple feel.

The 2006 Yard Acacia is a strong Shiraz with a nose of strong pepper and berry, a palate of berry, smoked meat, and peppercorn with a nice body, fine grain tannins, and a long finish. The year 2020 will be an excellent time to open this wine. The superb 2011 vintage, which shows similar qualities in a more accomplished harmony, will be in its prime around 2026.

This is, above all, a rich and flavorful wine. Spicy berries and plum on the nose reveal a palate of rich, milder blackberries and liquorice with very balanced tannins. The winemakers recommend cellaring for a minimum of at least 5 years. This is a wine that will certainly build over time.

Grapes to make Amelia Park Shiraz are picked during the night, and are crushed and destemmed into static fermenters. Special pumping techniques are used to extract the maximum colour and flavour. Fermentation is completed in French hogshead and American barriques, and the wine matures in oak for 12 months afterwards. The grapes are sourced from a single vineyard.

With a production of a mere 300 cases, this is a very original Shiraz for Australia. An explosion of violet and pepper aromas crown a spicy licorice and wild berry-flavored palate. Optimal for drinking around 2020, it will reward patience with a velvety texture and appeased tannins.

The more meaty and slightly heavier 2009 vintage received a score of 92 from Wine Enthusiast.

With a long tradition and an exciting present, Australian Shiraz presents many opportunities for the serious collector, and I strongly recommend adding a few favorites from Western Australia to your fine wine portfolio. Shiraz is just beginning to reach its potential for complexity and vibrancy in Australia, and will certainly reward those who invest now in some of its many wines with great aging potential.

Whether you are starting your high-end wine collection or adding to an established portfolio, Vinfolio is your partner in buying, selling, and professional storage. We carry excellent investment wines from the best vineyards in Australia. Contact us today to get access to the world’s finest wine.

Your Guide to the Langhe Wine Region
February 26, 2021
Go to Top