Want to Know What the Next “It” Napa Valley Wine Will Be? Watch the Auction 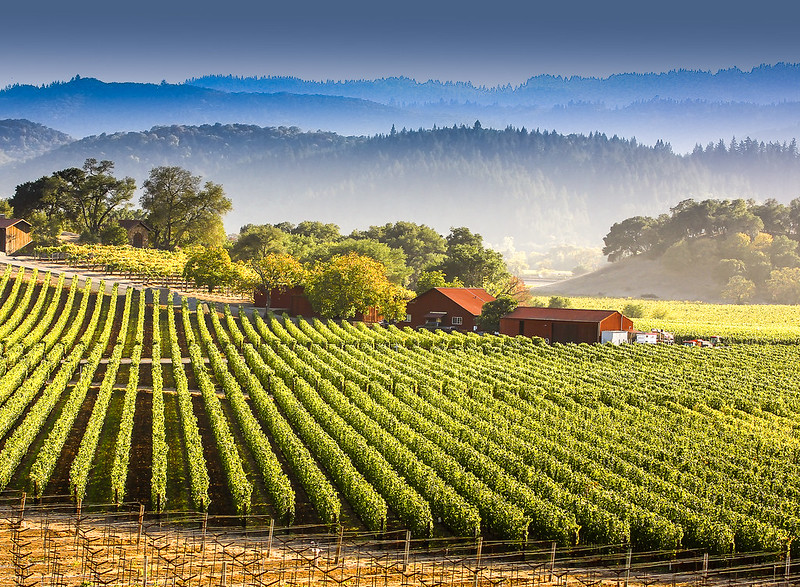 Some of the surest wines for investment are now coming out of Napa Valley. | Image source: Flickr CC user James Daisa

Once upon a time, snapping up Bordeaux futures and cases of esteemed Burgundies like Domaine de la Romanée-Conti was all the strategy a wine collector needed.

But times have changed. For the past few seasons, buying Bordeaux en primeur hasn’t paid off for many investors. Great Burgundies with impeccable pedigree — like DRC — have been harder to acquire, and skilled wine forgeries have made high-end wine investment less certain.

Of course, there’s no such thing as a sure thing unless you’re investing in gold bullion or shares of Apple Inc., but many collectors are setting their sights on Napa Valley as a safer bet when it comes to buying wine for investment.

Auction Napa Valley bills itself as the nation’s most celebrated charity wine event, and in many ways it is. Some devotees are fascinated by the celebrities who make cameos. Singer John Legend gave a surprise performance of his hit All of Me this year — he’s making a wine in collaboration with Raymond Vineyards. Others want to experience the spectacles, such as the flash mob performance of Beethoven’s exuberant Ode to Joy at Hall Winery.

But for those interested in collecting and buying wine for investment, the Friday night barrel auction is like a crystal ball. It both reaffirms the reputation of venerable producers of Napa Valley Cabernet Sauvignon, and it also reveals the names of the next Napa Valley cult wines that everyone will be clamoring for.

Passionate wine collectors, sommeliers, and four-star restaurants are all paying close attention to the Friday night barrel auction, says Will Costello, wine director at the Mandarin Oriental in Las Vegas.

The Next “It” Napa Valley Wine

The barrel auction is unique to Auction Napa Valley. Guests are greeted by winery owners and winemakers who offer tastes from barrels of the upcoming vintage. Samples are extracted using a wine thief, and bidders get a taste of what might be the next great Napa Cab before placing a bid for 10 cases of wine.

“The highest priced wine in barrel at that auction typically becomes the next ‘it’ wine, and it becomes it for years,” says Costello, who was pinned as a Master Sommelier in May. “It is generally something with very low allocation.”

In two of the past five years, Cabernet Sauvignon from Shafer Vineyards — of Hillside Select fame — has come out on top in the barrel auction, or finished in the top five. The pioneering Stag’s Leap District winery has been making benchmark Cabernet Sauvignon ever since its first release in 1978. Spottswoode Estate Winery, Continuum Estate, Joseph Phelps Vineyards, and Cardinale all have made repeat appearances on the top 10 list in the past five years.

But the new kid on the block has been winemaker Philippe Melka. The Bordeaux native has had a storied path to the top of the wine world. He studied geology at the University of Bordeaux, and earned a master’s degree in enology and agronomy. After graduation, his very first job was with Chateau Haut Brion.

He’s now a well-known consulting winemaker in Napa, bringing his fascination with both soil and grapes to wines he’s created for Vineyard 29, Dana Estates, Gemstone Vineyard, and Hundred Acre.

His first solo wine project was Atelier Melka, and a barrel of that wine earned the top bid of $101,285 in the 2012 barrel auction, edging out collector favorite Scarecrow Wines. He’s since proved that wasn’t a fluke: his wine for Brand Napa Valley earned the most in the 2014 barrel auction, and his own Atelier Melka came out on top again in 2015.

Besides bragging rights for both the winning bidders and the wineries, the thousands of dollars that get bid for the barrels during Auction Napa Valley have helped the Napa Valley Vintners raise more than $15.8 million to support children’s education and health initiatives in 2015. Now that’s an investment with an infinite yield.

Whether you are starting your high-end wine collection or adding to an established portfolio, Vinfolio is your partner in buying, selling, and professional storage. We carry excellent investment wines from dozens of vineyards in California, including Napa Valley. Contact us today to get access to the world’s best wine.