Oenology Uncorked: 5 Events That Changed the History of Wine

Growing wine is a long and subtle process. Soil conditions improve, vines tendril around a trellis as grapes bloom over the course of a year and are cultivated into vintages. The reputations of wineries develop over decades. Fittingly, in the wine world history changes in sips, not dramatic gulps — most of the time, anyway. Sometimes, there are events that change everything we knew. Here are five events that altered the history of wine in ways we are still feeling today. 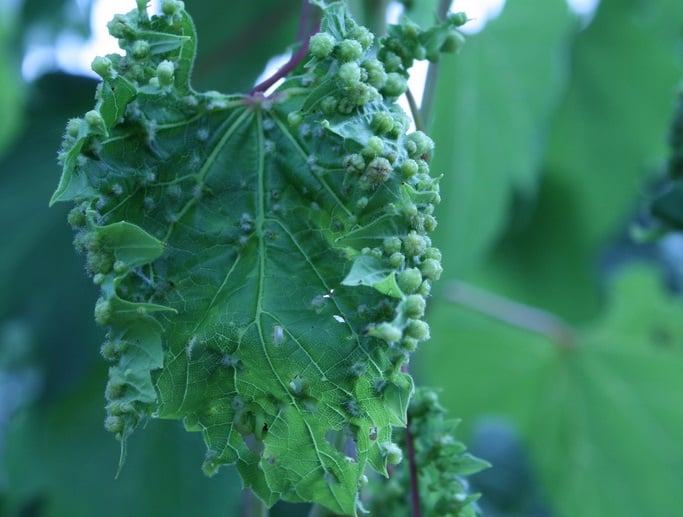 In the mid-19th century, Phylloxera aphids from North America appeared on vinis vitifera vines in the Languedoc region of France. These aphids feed on leaves and roots, causing nodules and eventually killing the vine.  Between the 1850s to mid-1870s, over 40% of French grape vines and vineyards were lost due to this infestation, and as a result the French economy suffered many lost businesses.

Because insecticide treatments were unsuccessful, the French government had to seek out an alternate way to prevent further damage to their vineyards. The solution? Grafting French shoots of vinus vitifera onto American root stock (vinus aestivalis), as the American roots seemed to be unaffected by the offending insects.

Today, European vintners are still searching for ways to cure diseased brought by the Phylloxera aphids, which remain a very real threat to vines.  Much debate has been had on whether or not European-American grafting has an effect on the quality of the wines, but this grafting method is still used in order to keep the rootstock resistant to invasion.  If you’re truly curious as to what ungrafted vines produce, it is still possible – keep an eye out for Bollinger Vieilles Vignes Françaises, a rare Champagne made from some of the only remaining parcels of ungrafted vineyards in France. 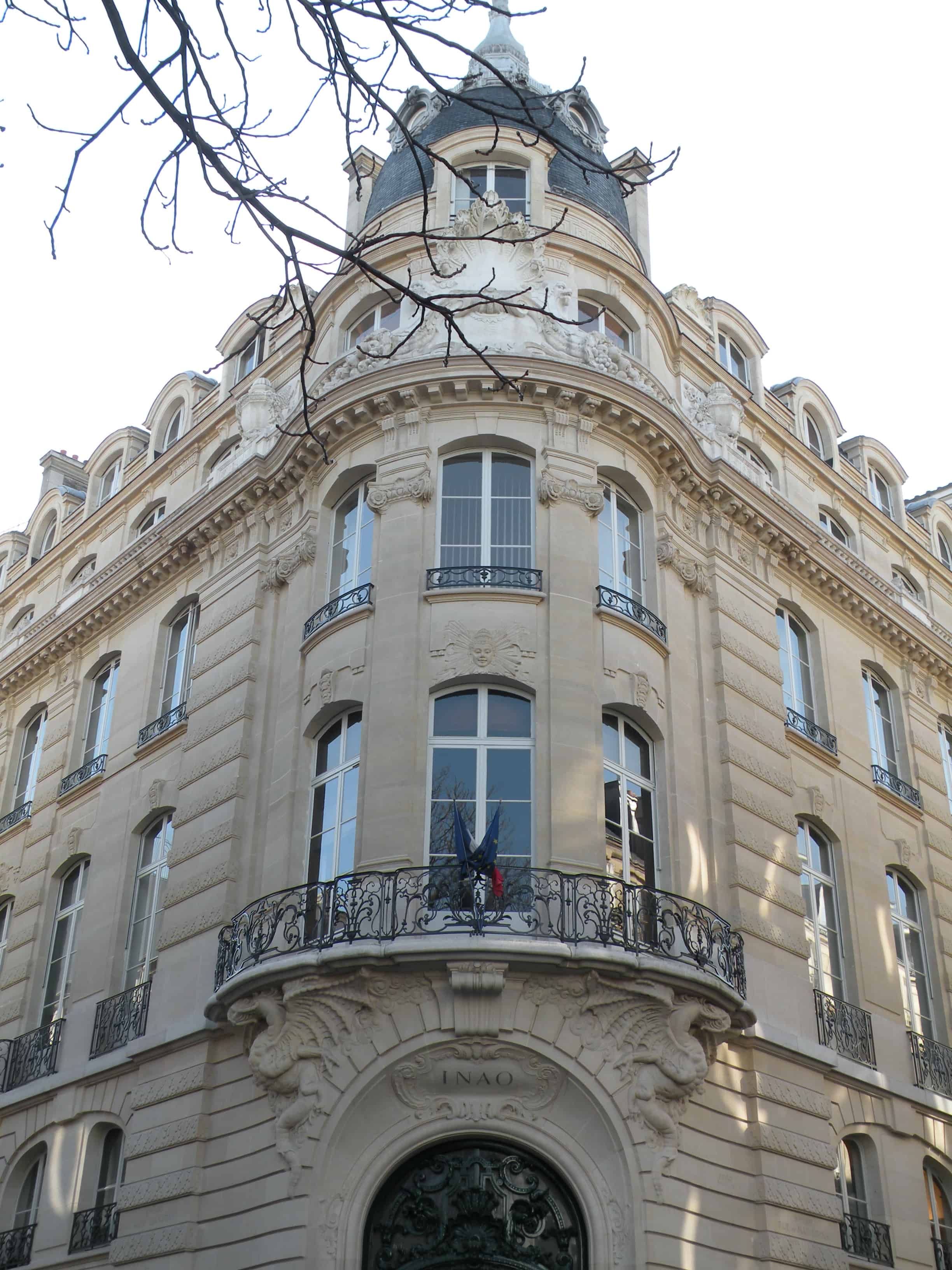 The appellation d’origine controlee (AOC) was one of the first legal actions taken by the French to guarantee the origin and authenticity of an agricultural product. Following the creation of AOC standards, the Baron Pierre Le Roy (of Châteauneuf-du-Pape) co-created the Institut National de l’Origine et de la Qualité, a committee dedicated to regulating French agricultural products, including wine. This agency is responsible for ensuring that all products with AOC will hold to a rigorous set of clearly defined standards, with the goal to preserve the authenticity of production and to protect a product that has an established reputation.

There are over 468 AOC for wines, eaux-de-vie, and ciders alone. The AOC status identifies and guarantees a link between the product and the terroir (a concept that includes geographical location, local practices, and geology, and probably deserves a blog post all its own). Thus, a Bordeaux blend from any other region isn’t the same as one from a Bordeaux AOC — mais, bien sur. 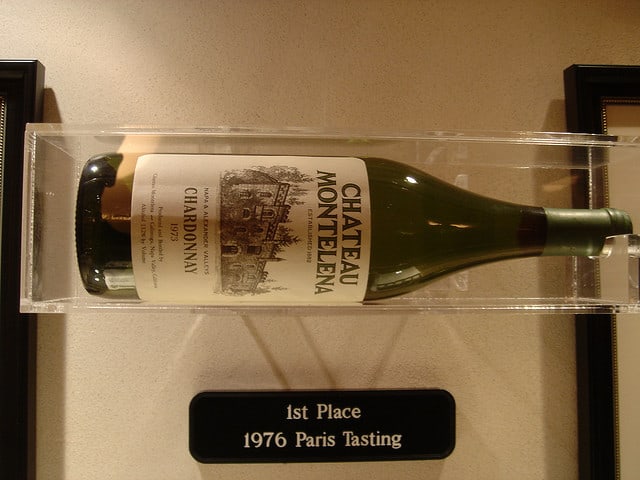 Few California winemakers would argue that this wine competition, also known as the Paris Wine Tasting of 1976, was what brought Napa Valley to the attention of the world. California Cabernet Sauvignon faced off against Bordeaux, and California Chardonnays went up against Burgundy Chardonnays in a blind tasting among 11 judges: nine French, one British, one American. The winners: Stag’s Leap Wine Cellars (red) and Chateau Montelena (white) — both from Napa Valley, USA.

The scores, published by TIME magazine reporter George M. Taber, left French wine industry leaders stunned and a bit angry, claiming that this competition damaged the superior reputation of French wine. The organizer, Steven Spurrier, was also banned from France’s wine tasting tour for a year, but the effects of the tasting were revolutionary: New World wines took center stage on a global level, and Napa’s wine industry flourished. 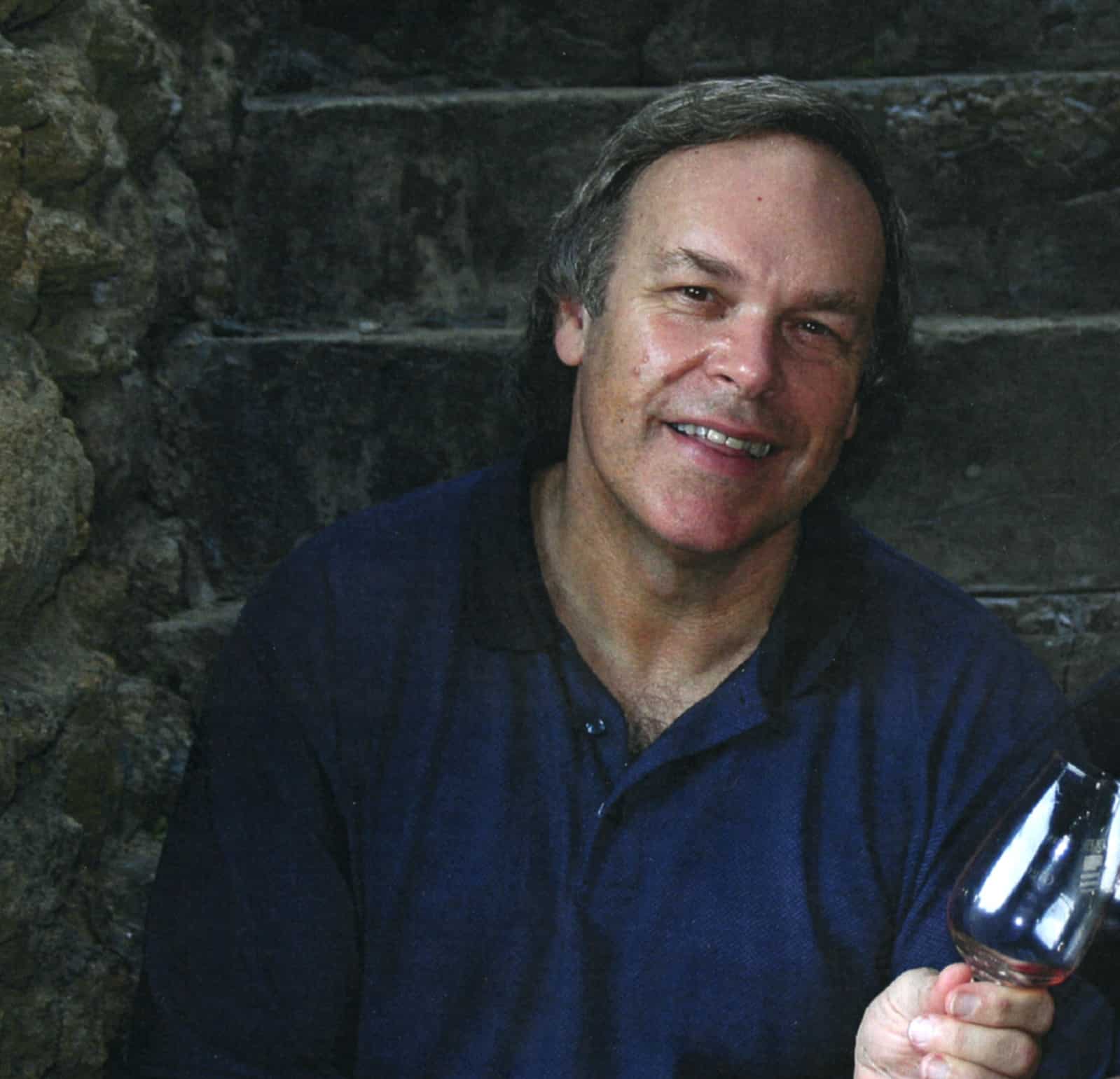 Prior to Robert Parker’s rating system, wines were rated on a 20-point rating system — still used today by several wine critics. This method was deemed “inflexible” by Parker, allowing for compressed and inflated wine ratings. Basing his system on the 100-point American Standardized Grading system of the 1970s, he evaluated wines on a scale of 50-100, with wines rating 85 or higher considered “above average” or “good.”  These scores, published alongside tasting notes in The Wine Advocate, became wildly popular as a reference to determine drinkability and collectability.

As a result, wine retailers used these ratings for marketing purposes to help sell their wares, with wines receiving ratings of 90 points or above (considered “outstanding”) garnering favorable sales right away. Parker’s reviews carry weight within the wine industry — a 100-point score could almost guarantee the success of a winery and a subsequent cult-like following. This was particularly useful for wines that weren’t often imported into the US at the time he began rating wines, like Vega Sicilia, or wineries that were just making their names for themselves. (Ever hear of a little producer called Sine Qua Non?)

Today, with the boon of the Internet and the number of wine publications available, Parker’s ratings may not carry as much clout as they did 20 years ago, but there is no doubt that his rating system has influenced an entire generation of wine merchants, producers, and consumers. 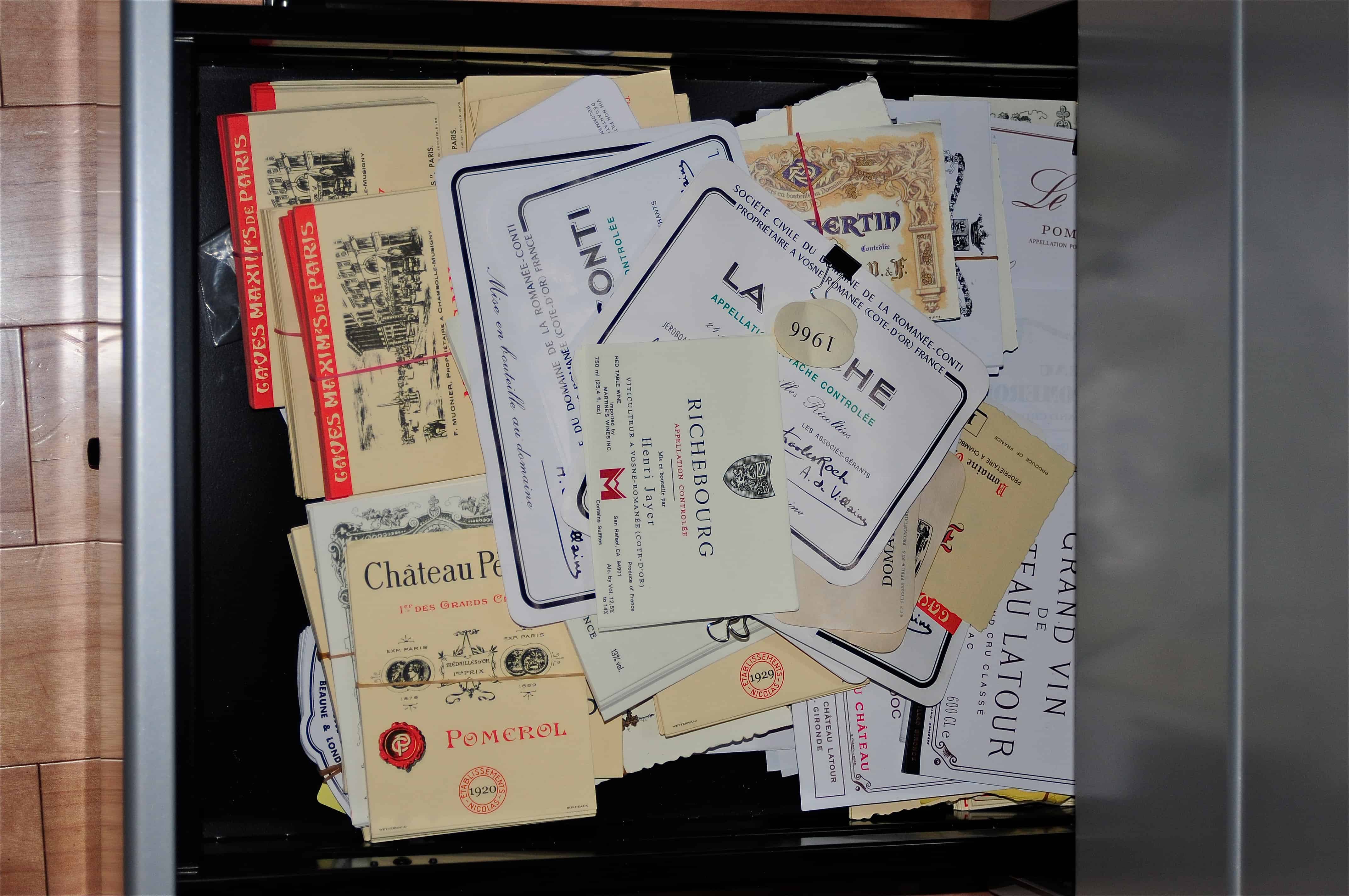 In what is quite possibly the largest wine con in history, 37-year old “collector” Rudy Kurniawan was arrested (and later convicted) for selling over $20M of counterfeit rare wine. In the early 2000s, he began to make a name for himself by buying and selling large amounts of rare wine and hosting tastings of rare wines with other collectors — so much so that he became known as “Dr. Conti,” due to his affinity for the famed Burgundy producer, Domaine de la Romanée-Conti.

Kurniawan consigned lots of rare wines for auction to Acker Merrall & Condit, but began to arouse suspicion in 2007, when a few magnums 1982 Le Pin were called out as fakes by the producers themselves. He further drew attention to himself in 2008 when he consigned several bottles of Domaine Ponsot — Clos St. Denis, from various vintages between 1945-1971. Laurent Ponsot, of Domaine Ponsot, asserted that the domaine had not produced wine from Clos St. Denis prior to 1982 and had the fake lots removed from auction. Several other similar incidents were recorded through 2012, when several lots of wine were withdrawn from auction through Spectrum because they were believed to be consigned by Kurniawan through another party.

When Kurniawan was arrested by the FBI in March 2012, they searched his Arcadia home and essentially found a counterfeiting production. Thousands of fake labels, stamps, corks, and other items that helped him turn inexpensive Napa wines into bottles of rare Bordeaux and Burgundy. The amount of counterfeit wine that Kurniawan put into circulation over several years, according to Vanity Fair’s Michael Steinberger, “may have left the market for rare and old wines irredeemably corrupted.”

It’s hard to know what is going to make history when you’re living in the midst of it. At any moment, there could be an event that we’ll one day look back upon as the time that everything changed. All we can do is keep collecting, keep enjoying, and keep our ears to the ground and our nose in a glass, inhaling the history of our favorite subject.

Cult Wines: How to Invest in the World’s Most Popular Bottles
March 1, 2019

How Soil Affects Wine: From Minerality to Acidity
April 5, 2018
Go to Top