A Visit to Mouton Rothschild

It’s time for En Primeur, so it only seems right that we spotlight a few of our favorite Bordeaux producers, starting with Château Mouton Rothschild.  One of Bordeaux’s first-growth jewels, this estate is located in the village of Pauillac, 30 miles northwest of Bordeaux Centre, with 203 acres of vineyards on the slopes of the Gironde in the Medoc.

The Rothschild family has a rich history in finance, with family members working in main European financial centers all over the continent since the mid-18th century: Frankfurt, Vienna, London, Naples, and Paris.  One of two French branches of the Rothschild family was founded by Baron Nathaniel de Rothschild, a London-born aristocrat who moved to Paris with the intent of working with his uncle.  In 1853 – wanting to produce wine to serve to his friends – the Baron bought Château Brane-Mouton at auction, which he renamed to Château Mouton Rothschild.  Nearly 70 years later, in 1922, the Baron Philippe de Rothschild (great-grandson of Baron Nathaniel) took over the estate.  His daughter, Baroness Philippine de Rothschild, inherited the estate upon Baron Philippe’s death in 1988, and took to becoming a global ambassador for the estate and for Bordeaux as a whole.  The Baroness passed away in 2014, and the estate is now run by her eldest son, Philippe Sereys de Rothschild. 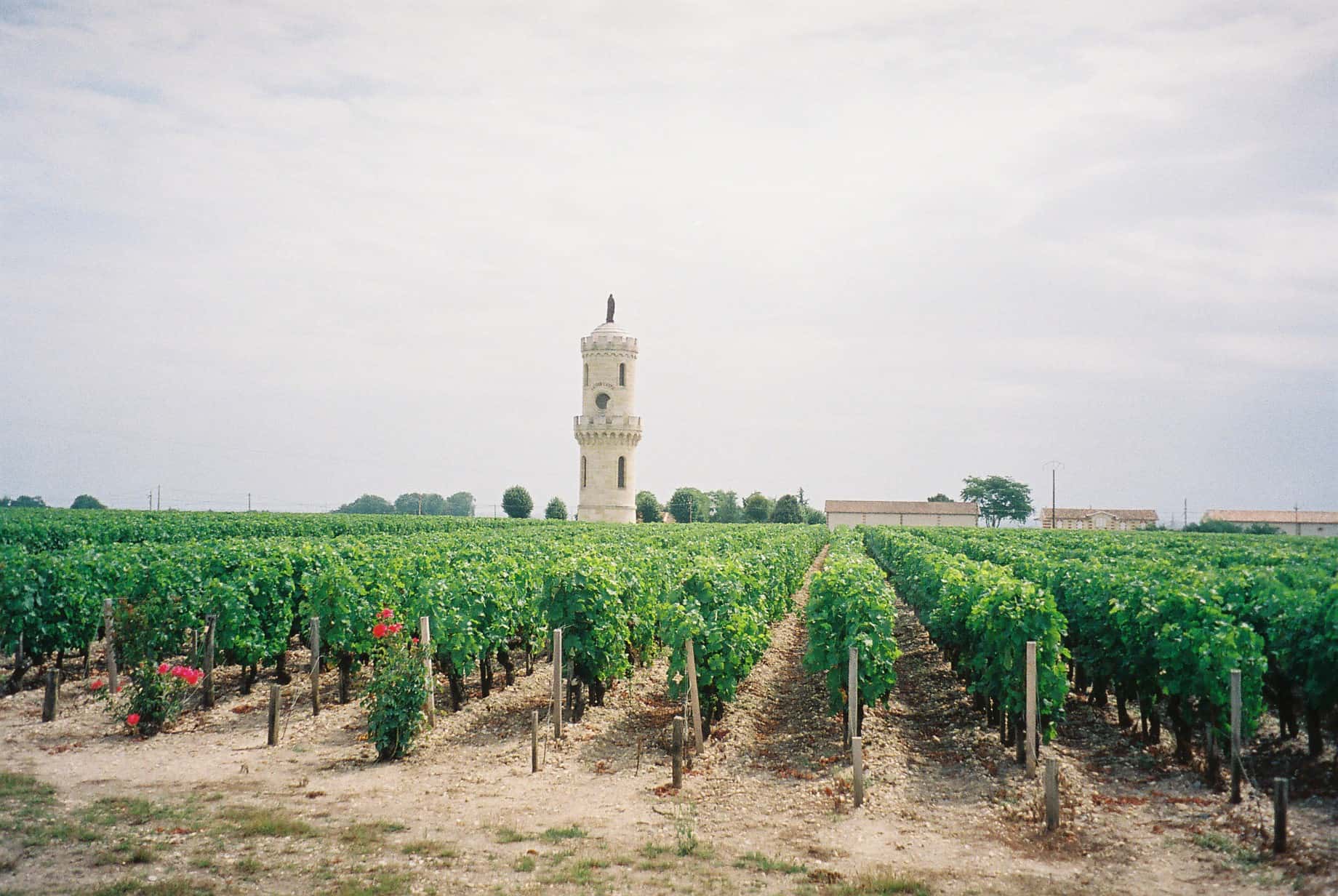 Pauillac and the Estate

Getting to the Medoc from Bordeaux Centre takes approximately one very scenic hour – lots of lush scenery interspersed between  little towns that you must cut through.  You will also pass a few famous names on the way – Margaux, Pichon-Longueville, Leoville-Poyferre, Beychevelle (if you take D2), the road map looking more like a well-curated wine menu at a Michelin-starred restaurant!  As you go through the vineyards of Pauillac, you may recognize some iconic landmarks – like the tower from Château Latour pictured above.  In a stark contrast to Napa Valley’s Highway 29 or Silverado Trail, the roads are quiet and the estates are more spread out – no buses full of tipsy bachelorettes in sundresses here, as many of the tastings are by appointment only and much more low-key.

Château Mouton Rothschild charges 45€ per person for the tour and to taste wine.  (This tour takes approximately two hours, maybe even a little longer, so plan any other appointments accordingly!)  It begins with an informative film on the family and the estate, and from there, you will tour the grounds – from the vineyards, to the vinification area, to the library and museum. 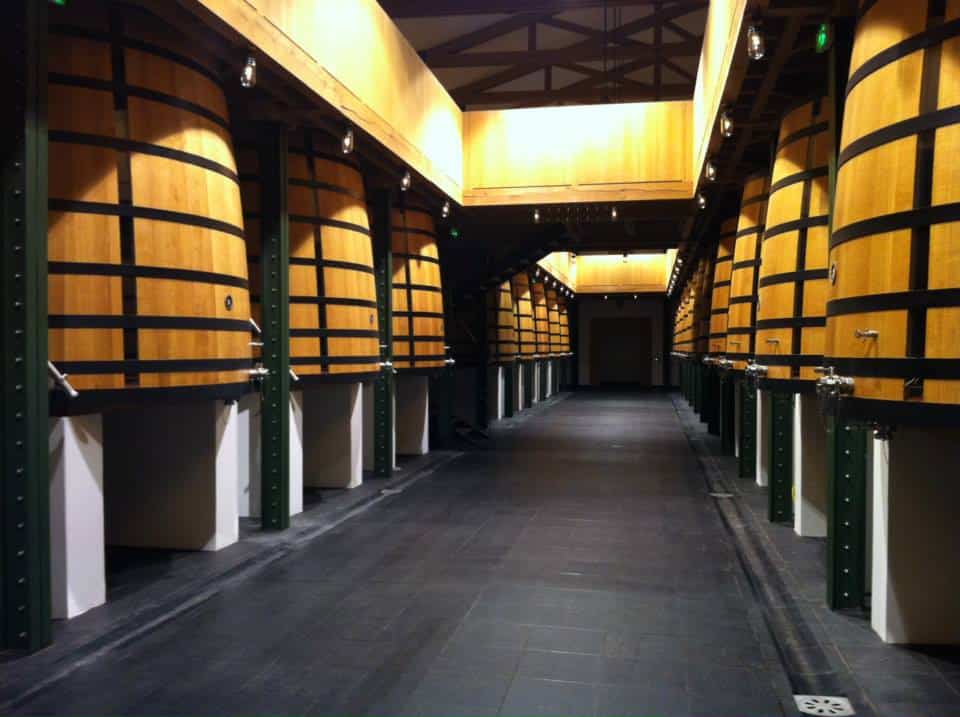 In 2012, Mouton-Rothschild did an overhaul of their gravity-fed vat room, hiring a set designer and architect to design every inch – from the walkways to the halls – making the entire aesthetic pretty dramatic, and almost theatrical.  When we arrived, they had just cleaned all the equipment in preparation for harvest.  We went down to the vinification vats – 64 in total, (44 oak and 20 stainless), an artistic display of wood, concrete, and steel.  Much of the harvested grapes at Mouton go through an optical sorting machine, but Philippe Dhalluin, managing director of the estate, also likes manual sorting because it “allows more integrity in the grapes” – an indication of the level of detail paid by the winemaker.  They strive for precision at Mouton, even going so far as to vinify certain parcels separately and combining them later for a more careful and thoughtful blend. 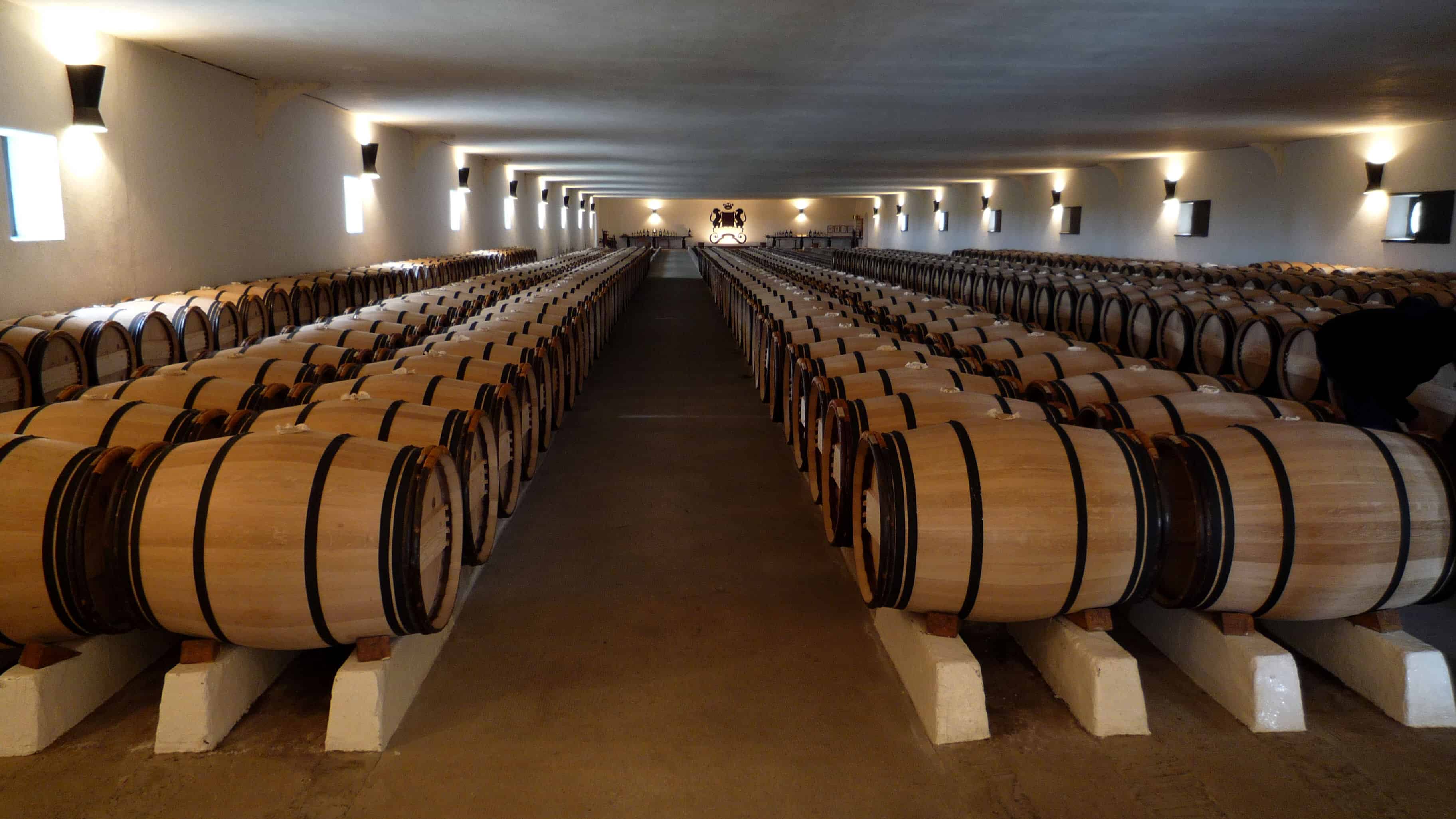 The Grand Chai, or Great Barrel Hall, is a result of the Baron Philippe’s decision to bottle wines at the château – the first estate to do such a thing.  Simply, the château needed more space to store the wine, so in 1926, this 100-metre-long room was built, designed by architect Charles Siclis.  It’s quite an impressive room that feels sort of like an old church when you’re standing at the back, gazing over the rows of barrels.  At the front of the room, the family’s crest. 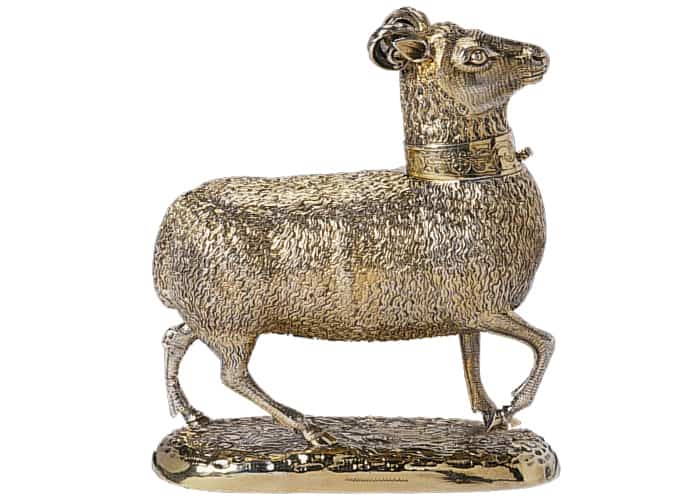 The Museum of Wine in Art

In 1962, the Minister of Cultural Affairs inaugurated the Museum of Wine in Art, the estate’s private collection of precious wine-related objects.  This wing of the estate is quite interesting – artifacts from all over the world, and of all ages, are displayed in a carefully curated exhibit.  From tapestries to goblets, ivory carvings, glassware – if you love art and artifacts, you could stay in this section for a very long time.  I felt like this was one of the best parts of the tour, and especially loved this silver ram cup, above.  Another section of the museum displays the labels that Mouton commissioned over the years – great artists like Chagall, Jeff Koons, Picasso, Salvador Dali, and Keith Haring have designs that have appeared on various vintages of Château Mouton Rothschild since 1945. 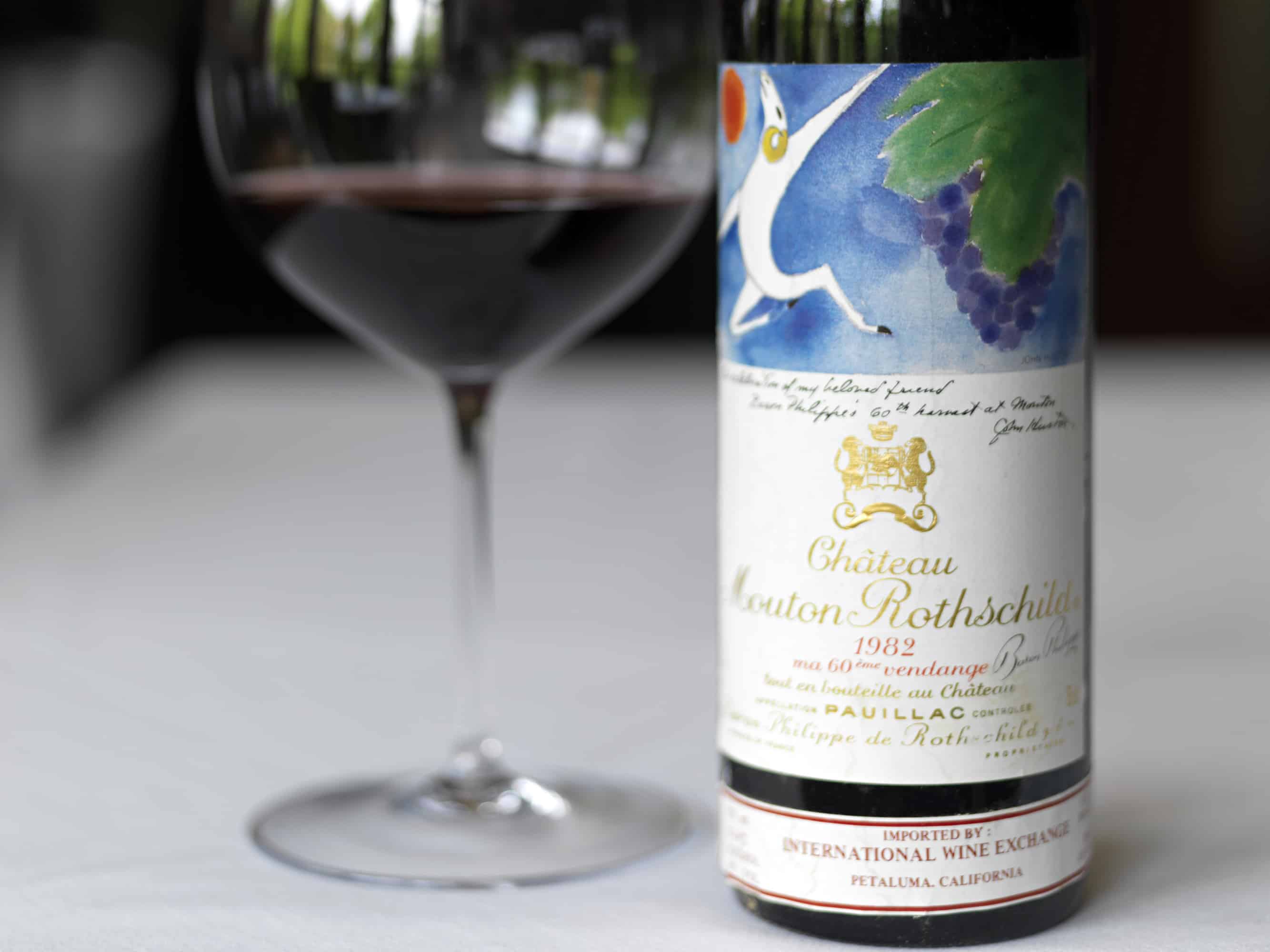 At the end of the tour, you will get to sample the vintage that is not yet bottled (barrel samples), or most recent release.   Sadly, you are not able to taste a selection of different vintages, but it is still a wonderful end to a tour that is rich in historical insight and beautiful displays.  Definitely a must visit for fans of Bordeaux wines and anyone who is interested in wine-related art!  Tours are available in several languages as well.

A Guide to the Best Harlan Estate Vintages
August 8, 2019
Go to Top